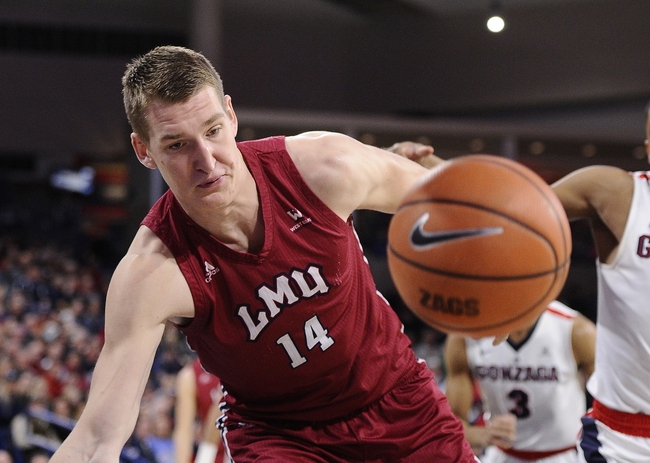 The  Loyola Marymount Lions will travel to Pauley Pavilion to take on the UCLA Bruins this Sunday night in College Basketball action.

The Loyola Marymount Lions stayed perfect on the season, improving to 8-0 on the year, after defeating the NCCAA Bethesda Flames, 106-50, this past Thursday night. Loyola Marymount jumped all over Bethesda early in this one and had no trouble securing the victory after taking an 34-7 lead midway through the 1st half. Loyola Marymount shot 55.0% from the field while holding Bethesda to just 28.8% from the field and 20.0% from beyond the arc. Leading the way for the for the Lions was Ivan Alipiev who had 15 points, 8 rebounds, and 3 assists.

Defensively, Loyola Marymount is holding their opponents to an average of 56.5 ppg on 38.2% shooting from the field. The Lions have a rebound margin of 10.5 and a turnover margin of 2.6.

The UCLA Bruins snapped their 2-game losing streak and improved to 5-2 on the season after defeating the Hawaii Rainbow Warriors, 80-61, this past Wednesday. UCLA was outstanding on both ends of the floor agianst Hawaii and had no trouble securing the victory after they entered halftime with a 45-26 lead. UCLA shot 49.2% from the field and 50.0% from beyond the arc in the victory. Leading the way for the Bruins was Prince Ali who had 23 points, 5 rebounds, 2 steals, and an assist.

Defensively, UCLA is allowing their opponents to average 73.7 ppg on 39.2% shooting from the field. The Bruins have a rebound margin of 8.4 and a turnover margin of -1.0.

Loyola Marymount is an experienced team that comes into this game undefeated largely due to their defense that ranks 8th in scoring defense, 36th in defensive FG%, and 15th in rebound margin. UCLA didn’t put up much of a fight agianst Michigan State or North Carolina, however, has had no trouble putting away weaker competition behind an offense that ranks T-39th in scoring offense. UCLA has a bunch of talent on this team however, Loyola Marymount showed that their defense is for real after holding both Georgetown & UNLV to just an average of 51 ppg and I think the Lions will be able to do enough in this one to cover with the points.