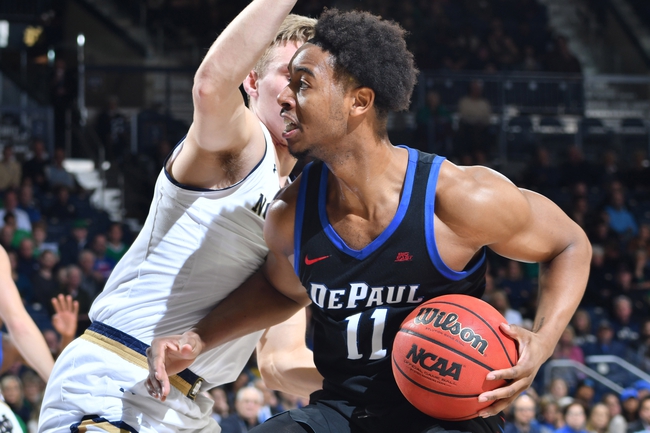 The Florida A&M Rattlers will travel to Wintrust Arena to take on the DePaul Blue Devils this Monday night in College Basketball action.

The Florida A&M Rattlers lost their 6th straight game and dropped to 2-6 on the season after being defeating by the South Alabama Jaguars, 66-57, this past Saturday. Florida A&M struggled offensively against the Jaguars and couldn’t fight back after South Alabama took a 47-38 lead midway through the 2nd half. Florida A&M shot just 38.6% from the field and 9.1% from beyond the arc in the loss. Leading the way for the Rattlers was Tracy Hector who had 20 points, 9 rebounds, 1 assist, and a block.

Defensively, Florida A&M is allowing their opponents to average 68.7 ppg on 45.4% shooting from the field. The Rattlers have a rebound margin of -4.9 and a turnover margin of 1.7.

The DePaul Blue Devils improved to 4-1 on the season after defeating the Cleveland State Vikings, 83-73, this past Wednesday. DePaul had more trouble then they expected agianst the Vikings, however, were able to pull away late after a 6-0 Blue Devils run gave DePaul a 77-68 lead with 1:20 left in regulation. DePaul shot 55.4% from the field and outrebounded Cleveland State by a 40-30 margin in the victory. Leading the way for the Blue Devils was Eli Cain who had 26 points, 3 rebounds, 2 assists, and a steal.

Defensively, DePaul is allowing their opponents to average 71.8 ppg on 42.0% shooting from the field. The Blue Devils have a rebound margin of 10.0 and a turnover margin of -1.4.

The Florida A&M Rattlers lost their top three scorers from last season and it’s showing so far this year as the Rattlers comes into this matchup ranked just 329th in scoring offense, 248th in FG%, and T-261st in three-pointers made per game. DePaul has an experienced team who has already picked up a nice win at home agianst a good Penn State team, and as I think offense and size on the boards will have their way agianst Florida A&M, I’m Initally taking the Blue Devils to cover what I imagine will be a large spread when it's released.