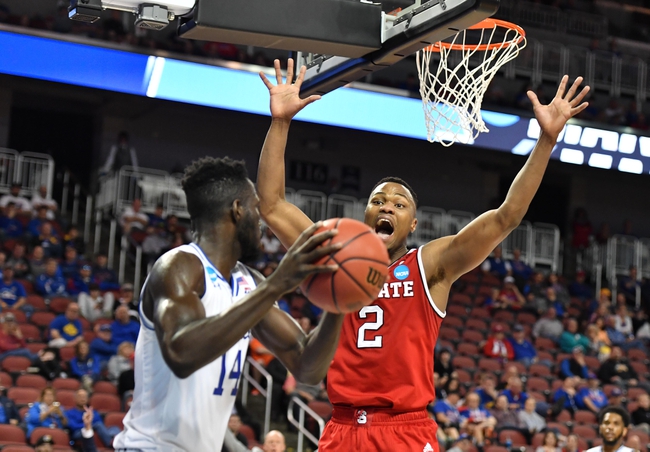 The Western Carolina Catamounts will travel to Reynolds Coliseum to take on the NC State Wolfpack this Wednesday night in College Basketball action.

The Western Carolina Catamounts lost their 2nd straight game and dropped to 2-7 (0-1 Southern) on the season after being defeated by the Furman Paladins, 90-88 in 2 OT, this past Saturday. Western Carolina gave Furman one of their toughest games of the season, however, came up short at the end after the Catamounts couldn’t fight back when a 5-0 Paladins run gave Furman an 87-82 lead with under a minute left in the 2nd OT. Western Carolina allowed Furman to shoot 46.6% from the field and was outrebounded by the Paladins by a 53-45 margin in the loss. Leading the way for the Catamounts was Carlos Dotson who had a double-double with 27 points, 14 rebounds, and 2 blocks.

Defensively, Western Carolina is allowing their opponents to average 78.2 ppg on 45.9% shooting from the field. The Catamounts have a rebound margin of 4.1 and a turnover margin of -6.9.

The NC State Wolfpack bounced back from their first loss of the season against Wisconsin to defeat the Vanderbilt Commodores, 80-65, this past Saturday and improved to 7-1 on the young season. NC State was solid on the defensive end against Vanderbilt and pulled away late after an 18-4 Wolfpack run gave NC State a 78-62 lead with 1:49 left in regulation. NC State held Vanderbilt to just 13.6% shooting from beyond the arc and outrebounded the Commodores by a 46-33 margin in the victory. Leading the way for the Wolfpack was Markell Johnson who had 19 points, 6 rebounds, 7 assists.

Defensively, NC State is holding their opponents to an average of 61.4 ppg on 40.3% shooting from the field. The Wolfpack have a rebound margin of 13.1 and a turnover margin of 5.1.

There is no doubting that NC State should be able to make quick work of the Catamounts as not only have the Wolfpack been outstanding on both ends of the court, they should have a huge advantage on the boards. At the same time, this is a huge number to cover and Western Carolina has shown flashes of some decent basketball as they were competitive against decent teams in Charleston and Furman (who just cracked the Top-25). I’m probably staying away from this game but if I had to choose a side, I think the Catamounts will be able to do enough damage from beyond the to cover with the 25+ points.