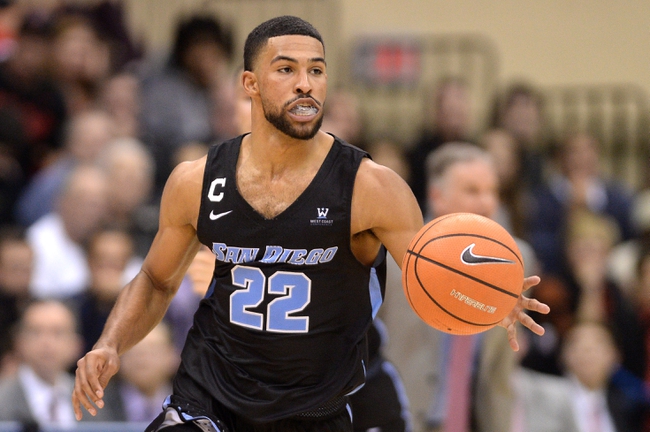 The San Diego Toreros will travel to Viejas Arena to take on the San Diego State Aztecs this Wednesday night in College Basketball action.

The San Diego Toreros improved to 6-2 on the season after defeating the Long Beach State 49ers, 74-70, this past Saturday. San Diego allowed Long Beach State to fight back from a double-digit deficit in the 2nd half to tie the game late, however, the Toreros were able to secure the victory after a pair of Olin Carter III FT’s gave San Diego the lead for good with 31 seconds left in regulation. San Diego shot 44.6% from the field and 40.0% from beyond the arc in the victory. Leading the way for the Toreros was Olin Carter III who had 21 points and a block.

Defensively, San Diego is holding their opponents to an average of 65.1 ppg on 42.6% shooting from the field. The Toreros have a rebound margin of 4.9 and a turnover margin of 1.4.

Defensively, San Diego State is allowing their opponents to average 69.1 ppg on 38.6% shooting from the field. The Aztecs have a rebound margin of 1.9 and a turnover margin of 0.1.

The early money looks like it’s all going on San Diego State however, I don’t think we should overlook the Toreros in this one as this is a talented team with three outstanding players in Isaiah Pineiro, Olin Carter III, and Isaiah Wright. San Diego’s two losses came in close battles on the road against Washington & Ole Miss and as they have a defense that ranks 57th in scoring defense and T-88th in rebound margin, I think the Toreros do enough with the points to cover.