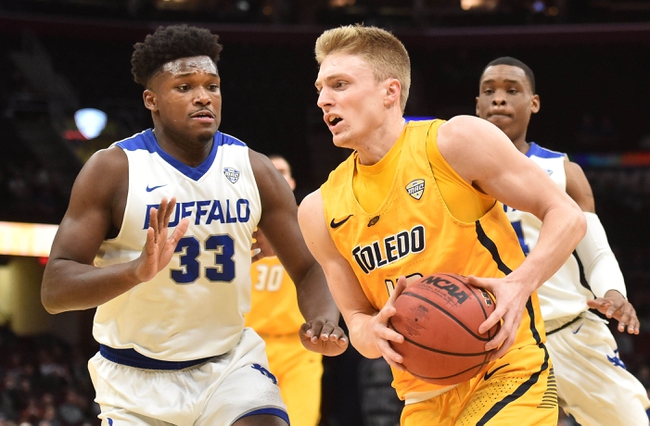 The Detroit Mercy Titans will travel to Savage Arena to take on the Toledo Rockets this Wednesday night in College Basketball action.

The Detroit Mercy Titans lost their 3rd straight game and dropped to 3-6 on the season after being defeated by the Dayton Flyers, 98-59, last night. Detroit Mercy was dominated on both ends of the court by the Flyers and couldn’t fight back after falling behind by a 49-29 margin at halftime. Detroit Mercy allowed Dayton to shoot 68.5% from the field and 50.0% from beyond the arc in the loss. Leading the way for the Titans was Antoine Davis who had 18 points, 4 rebounds, and 4 assits.

Defensively, Detroit Mercy was allowing their opponents to average 75.9 ppg on 42.6% shooting from the field. The Titans had a rebound margin of -8.4 and a turnover margin of 2.1.

The Toledo Rockets won their 5th straight game and improved to 7-1 on the season after defeating the Cleveland State Vikings, 80-67, this past Saturday. Toledo struggled a bit on the offensive end against the Vikings, however, was able to pull for the victory after taking a 71-59 lead with just 4:56 left in regulation. Toledo shot just 38.7% from the field and 23.5% from beyond the arc, however, did win the turnover battle by an incredible 19-4 margin in the victory. Leading the way for the Rockets was Jaelan Sanford who had 20 points, 6 rebounds, 4 assists, and 2 steals.

Defensively, Toledo is holding their opponents to an average of 67.5 ppg on 40.8% shooting from the field. The Rockets have a rebound margin of 4.1 and a turnover margin of -0.1.

When it comes to Detroit-Mercy, we’re most likely going to be getting major points throughout the year and when picking a game with them in there, it’s going to come down to whether or not you think Antonie Davis and the Titans three-point shooting will do enough to cover the spread. As we saw last night agianst Dayton, when the three-point shooting is off, things can get ugly really quick as the Titans struggled defensively and on the boards. Toledo has been a solid team this season on both ends of the court, currently ranking in the top-100 in both scoring offense & defense, and as I think the Titans will struggle offensive on the 2nd end of a back-to-back, I’m taking Toledo to cover this spread.