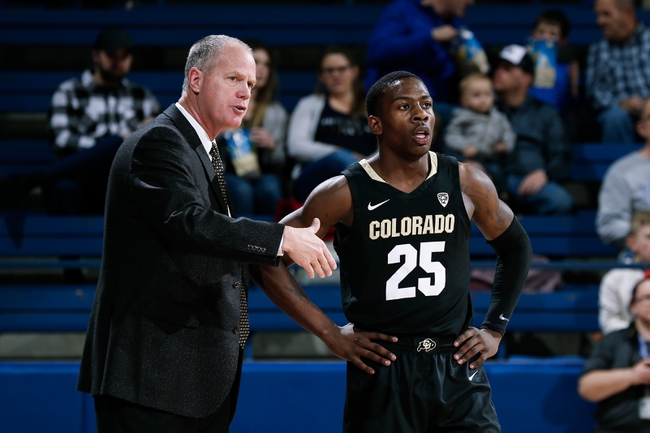 The UIC Flames will travel to the CU Events Center to take on the Colorado Buffaloes this Saturday night in College Basketball action.

The UIC Flames snapped their 2-game losing streak and improved to 4-5 on the season after defeating the Illinois State Redbirds, 94-75, this past Wednesday night. UIC was outstanding on the offensive end against the Redbirds and had no trouble securing the victory after taking a 76-60 lead midway through the 2nd half. UIC shot 55.7% from the field and 42.3% from beyond the arc in the victory. Leading the way for the Flames was Tarkus Ferguson who had a triple-double with 14 points, 12 rebounds, 11 assists, and a block.

Defensively, UIC is allowing their opponents to average 81.9 ppg on 43.9% shooting from the field. The Flames have a rebound margin of -1.7 and a turnover margin of -1.3.

The Colorado Buffaloes won their 4th straight game and improved to 6-1 on the season after defeating the South Dakota Coyotes, 82-58, this past Tuesday. Colorado was outstanding on the defensive end agianst South Dakota and had no trouble securing the victory after taking a 63-37 lead midway through the 2nd half. Colorado shot 48.1% from the field while holding South Dakota to just 33.9% shooting from the field and 17.4% from beyond the arc. Leading the way for the Buffaloes was McKinley Wright IV who had 11 points, 6 rebound, 5 assists, 2 steals, and a block.

Defensively, Colorado is allowing their opponents to average 68.4 ppg on 41.3% shooting from the field. The Buffaloes have a rebound margin of 10.4 and is averaging 3.7 blocks per game.

UIC had a nice bounce back week at home against Illinois State however, the Flames have really struggled on the road as they currently are 0-4 away from home on the year. Colorado has some decent young talent and although they really haven’t played much in terms of competition this season, you have to be encouraged by their offense that ranks 26th in scoring offense, 18th in FG%, and 43rd in 3P-FG%. UIC has been awful on the defensive end so far this season as they rank just 328th in scoring defense and as playing in Colorado is always tough, I’m taking Colorado to cover this double-digit home spread.