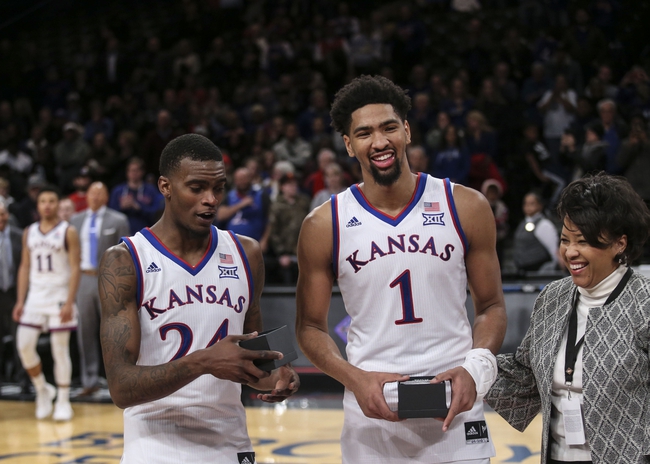 The New Mexico State Aggies are no pushover and have displayed a balanced attack that gives them a fighting chance to at least compete. But I'm worried about the lack of comp New Mexico State has played up to this point, as a trip to Kansas is much tougher than anything they've played this season. The Kansas Jayhawks are also getting better and better every time they take the court, and it's only a matter of time before they start laying the wood to lesser teams. I'll eat the chalk in this contest.