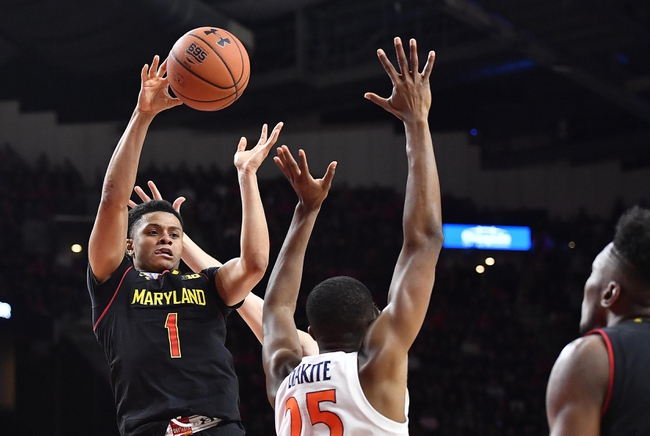 The Loyola-Chicago Ramblers will travel to Royal Farms Arena to take on the 23rd ranked Maryland Terrapins this Saturday afternoon in College Basketball action.

The Loyola-Chicago Ramblers dropped to 5-4 on the season after being defeated by the Ball State Cardinals, 75-69, this past Wednesday. Loyola-Chicago struggled defensively against the Cardinals and couldn’t fight back after a Trey Moses layup gave Ball State a 72-68 lead with 1:19 left in regulation. Loyola-Chicago shot 42.6% from the field while allowing the Cardinals to shoot 57.1% from the field and 47.1% from beyond the arc in the loss. Leading the way for the Ramblers was Cameron Krutwig who had 19 points, 8 rebounds, 2 steals, and an assist.

Defensively, Loyola-Chicago is holding their opponents to an average of 65.9 ppg on 43.7% shooting from the field. The Ramblers have a rebound margin of 0.4 and a turnover margin of 0.2.

The 23rd ranked Maryland Terrapins dropped to 7-2 on the season after being defeated by the Purdue Boilermakers, 62-60, this past Thursday. In a tight back and forth game in the 2nd half which saw both offenses struggle down the stretch, Maryland couldn’t secure the victory after an Anthony Cowan Jr. game winning three-point attempt was blocked by Purdue’s Grady Eifert in the closing seconds. Maryland shot 35.1% from the field and 33.3% from beyond the arc in the loss. Leading the way for the Terrapins was Anthony Cowan Jr. who had 18 points, 5 rebounds, 6 assists, and 2 steals.

Defensively, Maryland is holding their opponents to an average of 65.9 ppg on 39.7% shooting from the field. The Terrapins have a rebound margin of 13.9 and a turnover margin of -3.0.

Loyola-Chicago made a name for themselves with their run to the Final Four last season, however, even though they still have a very solid team with Clayton Custer and company, this is a team that hasn’t been able to beat the better competition they’ve faced this season. Maryland has been outstanding on both sides of the ball this season as they rank 45th in FG% & 65th in defensive FG% and has dominated the boards as they rank 4th in rebound margin. The public still loves Loyola-Chicago which have driven their lines early this season and as I continue to feel that Ramblers are not getting enough points in these types of matchups, I’m taking Maryland to cover this mid-range spread.