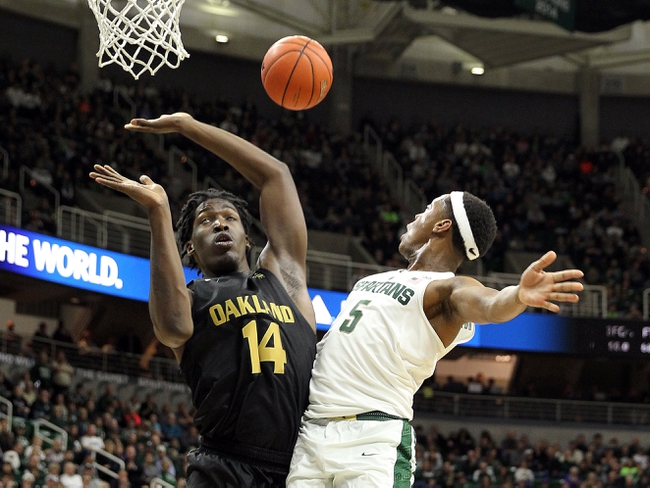 The Oakland Golden Grizzlies will travel to Matthews Arena to take on the Northeastern Huskies this Saturday afternoon in College Basketball action.

The Oakland Golden Grizzlies snapped their 2-game losing streak and improved to 4-5 on the season after defeating the Fairfield Stags, 87-86, this past Thursday. Oakland led by a 62-44 lead early in the 2nd half, however, had to hang on late for the victory after the Stags stormed back and had a chance to win in the closing seconds of regulation. Oakland shot 59.6% from the field and 47.6% from beyond the arc in the victory. Leading the way for the Golden Grizzlies was Xavier Hill-Mais who had 21 points, 6 rebounds, 3 assists, and a steal.

Defensively, Oakland is allowing their opponents to average 76.6 ppg on 49.5% shooting from the field. The Golden Grizzlies have a rebound margin of -6.7 and a turnover margin of 1.2.

The Northeastern Huskies had their 2-game winning streak and dropped to 4-5 on the season after being defeated by the Syracuse Orange, 72-49, this past Tuesday. Northeastern has no answers for the Syracuse zone defense and couldn’t fight back after behind by a 59-37 margin with 7:15 left in regulation. Northeastern shot 34.0% from the field and 21.4% from beyond the arc in the loss. Leading the way for the Huskies was Tomas Murphy who had 17 points, 8 rebounds, and an assist.

Defensively, Northeastern is allowing their opponents to average 72.7 ppg on 48.3% shooting from the field. The Huskies have a rebound margin of -1.6 and a turnover margin of -1.3.

Northeastern is a better than that what we saw against Syracuse, however, I’m hesitant taking the Huskies in this one as they are missing arguably one of their best players in Vasa Pusica and currently have a defense that is ranked just 330th in defensive FG%. Oakland is a team that can give teams trouble as they are solid on the offensive end and currently rank 75th in FG%, T-26th in three-pointers made per game, and 15th in 3P-FG%. Oakland was able to recently give Xavier a run for their money in a 73-63 loss on the road and as I think their offense will have success against the Huskies defense, I’m taking Oakland and the points.