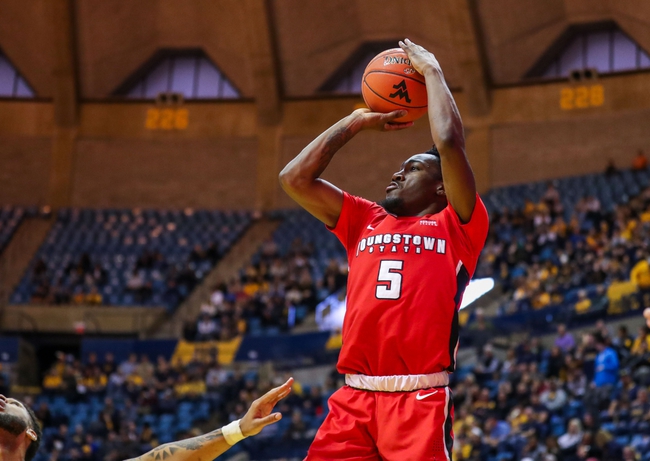 The Western Michigan Broncos will travel to the Beeghly Center to take on the Youngstown State Penguins this Saturday afternoon in College Basketball action.

The Western Michigan Broncos lost their 2nd straight game and dropped to 4-4 on the season after being defeated by the South Carolina Upstate Spartans, 71-66, this past Saturday. In a tight back and forth game down the stretch, Western Michigan allowed South Carolina Upstate to secure the victory after the Broncos offense was held scoreless for the final minute of regulation. Western Michigan struggled offensively agianst the Spartans as they shot just 35.0% from the field and 14.3% from beyond the arc in the loss. Leading the way for the Broncos was Seth Dugan who had 20 points, 10 rebounds, 2 blocks, and an assist.

Defensively, Western Michigan is allowing their opponents to average 72.0 ppg on 41.2% shooting from the field. The Broncos have a rebound margin of 6.3 and a turnover margin of -4.6.

The Youngstown State Penguins lost their 3rd straight game and dropped to 3-7 on the season after being defeated by the Central Michigan Chippewas, 100-94 in 3 OT, this past Tuesday. Youngstown State fought back from a 45-38 halftime deficit to force OT, however, ran out gas in the 3rd overtime and couldn’t fight back after the Chippewas took a 94-84 lead with 1:27 left in the 3rd OT. Youngstown State allowed Central Michigan to shoot 47.2% from the field while the Penguins shot just 39.4% from the field and 23.1% from beyond the arc in the loss. Leading the way for the Penguins was Garrett Covington who had 26 points, 12 rebounds, and 2 assists.

Defensively, Youngstown State is allowing their opponents to average 85.0 ppg on 46.8% shooting from the field. The Penguins have a rebound margin of 5.1 and a turnover margin of -2.8.

Western Michigan is going to be at best an average team this season as although they do have some scoring threats, their defense isn’t anything to write home about and the Broncos have already had trouble generating turnovers on the defensive end. Youngstown State is a team that likes to keep the game at a quick pace and although their defense will statistically rank near the bottom of CBB against this season, they certainly can put up points as they rank 77th in scoring offense and 44th in three-pointers made per game. Youngstown State generally plays better at home and as I’m not solid on the Broncos this season, I think the Penguins will do enough with the points to cover here.