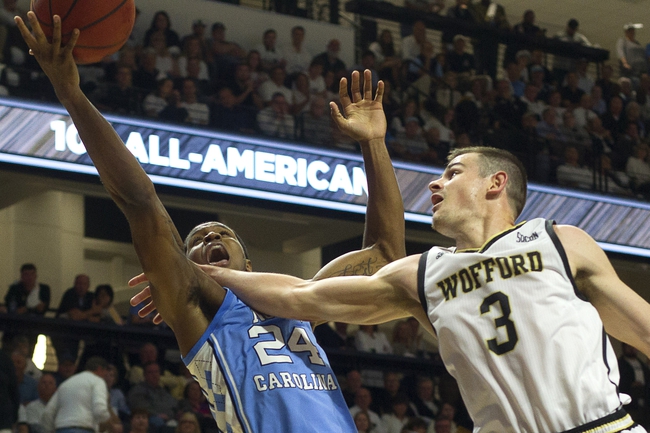 The Coastal Carolina Chanticleers will travel to Jerry Richardson Indoor Stadium to take on the Wofford Terriers this Sunday afternoon in College Basketball action.

Defensively, Coastal Carolina is holding their opponents to an average of 67.4 ppg on 39.4% shooting from the field. The Chanticleers have a rebound margin of 7.9 and a turnover margin of -0.3.

The Wofford Terriers bounced back from their loss to the 2nd ranked Kansas Jayhawks to easily defeat the NAIA Kentucky Christian Knights, 112-58, this past Thursday to improve to 7-3 (1-0 Southern) on the season. Wofford shot 55.6% from the field and outrebounded Kentucky Christian by a 55-19 margin in the victory. Leading the way for the Terriers was Fletcher Magee who had 27 points, 6 rebounds, 1 assist, and a block.

Defensively, Wofford is holding their opponents to an average of 61.2 ppg on 40.3% shooting from the field. The Terriers have a rebound margin of 9.4 and a turnover margin of 2.5.

Coastal Carolina has one of the better players in the Sun Belt in Zac Cuthbertson and have been solid on the both ends of the court. Wofford has had a nice start to their season as their only losses have become agianst North Carolina, Oklahoma, and Kansas and currently rank 68th in scoring offense and 23rd in scoring defense. I’m tempted to take Coastal Carolina here however, I’m a bit concerned about their depth as Cuthbertson is the Chanticleers only double-digit scorer. Wofford has an outstanding one-two punch in Magee & Jackson and I think they’ll do enough on their home court to cover this spread.