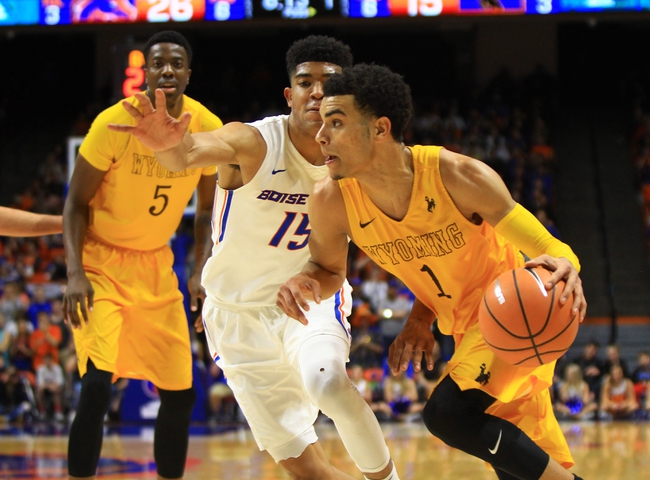 The Denver Pioneers will travel to Arena-Auditorium to take on the Wyoming Cowboys this Tuesday night in College Basketball action.

The Denver Pioneers snapped their 4-game losing streak and improved to 3-7 on the season after defeating the D-II Western State Colorado University, 93-63, this past Sunday. Denver led by just a 45-37 at halftime, however, was outstanding offensively in the 2nd half and was able to pull away easily for the victory. Denver shot 50.0% from the field and 45.0% from beyond the arc in the victory. Leading the way for the Pioneers was Ronnie Harrell Jr. who had a double-double with 15 points, 10 rebounds, 2 assists, and a steal.

Defensively, Denver is allowing their opponents to average 73.9 ppg on 45.1% shooting from the field. The Pioneers have a rebound margin of 0.9 and a turnover margin of -2.2.

The Wyoming Cowboys snapped their 2-game losing streak and improved to 3-6 on the season after defeating the South Carolina Gamecocks, 73-64, this past Wednesday. Wyoming trailed by a 37-33 margin at halftime, however, had no trouble securing the victory after a 17-4 Cowboys run to start the 2nd half gave Wyoming a 50-41 lead with 13:30 left in regulation. Wyoming shot 43.8% from the field while holding South Carolina to just 33.3% from the field and 15.0% from beyond the arc. Leading the way for the Cowboys was Justin James who had a double-double with 20 points, 12 rebounds, 5 assists, and a steal.

Defensively, Wyoming is allowing their opponents to average 77.6 ppg on 44.9% shooting from the field. The Cowboys have a rebound margin of -4.6 and average 5.3 steals per game.

Denver should finally have everyone healthy after both Joe Rosga & Tory Miller-Stewart missed significant time, however, if the Pioneers are going to turn around their season, they’ll need to improve on the offensive end as they rank just 287th in scoring offense & 175th in FG%. Wyoming picked up a solid win against South Carolina and although they can put up some points, their fast-paced style of play has really hurt them on the defensive end as they rank just 284th in scoring defense & 258th in defensive FG%. Wyoming is a tough place to play and as they have the best player on the court in Justin James, I’m taking the Cowboys to cover this mid-range spread.