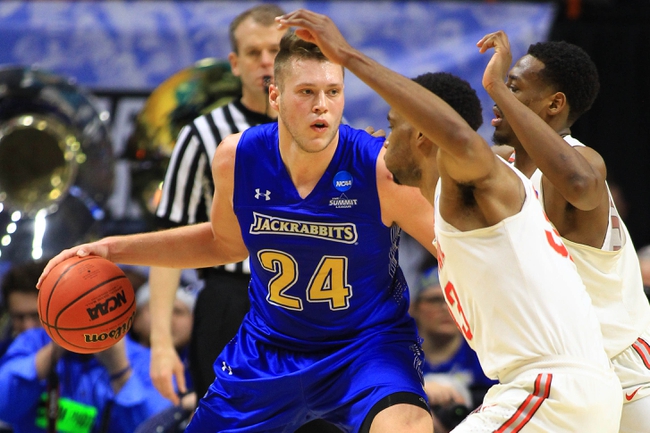 The South Dakota State Jackrabbits will travel to the Lawlor Events Center to take on the 7th ranked Nevada Wolf Pack this Saturday night in College Basketball action.

The South Dakota State Jackrabbits won their 2nd straight game and improved to 9-3 on the season after defeating the Savannah State Tigers, 139-72, this past Tuesday night. It was a record-breaking performance for South Dakota State as they put up the most points in their history in a half after taking an incredible 90-33 lead at halftime. South Dakota State shot 60.9% from the field and 67.6% from beyond the arc in the victory. Leading the way for the Jackrabbits was Mike Daum who had a double-double with 37 points, 17 rebounds, 3 assists, and 2 blocks.

Defensively, South Dakota State is allowing their opponents to average 71.6 ppg on 39.8% shooting from the field. The Jackrabbits have a rebound margin of 7.4 and a turnover margin of -0.9.

The 7th ranked Nevada Wolf Pack stayed perfect on the season, improving to 10-0 on the year, after defeating the Grand Canyon Antelopes, 74-66, this past Sunday. Nevada had all they could handle from the Antelopes as the Wolf Pack led by just a 62-61 margin with 2:55 left in regulation, however, Nevada was able to pull away after a 9-0 run gave the Wolf Pack a 71-61 lead with :42 seconds left in regulation. Nevada shot 43.1% from the field and outrebounded Grand Canyon by a 36-33 margin in the victory. Leading the way for the Wolf Pack was Jordan Caroline who had a double-double with 22 points, 14 rebounds, and an assist.

Defensively, Nevada is holding their opponents to an average of 67.6 ppg on 40.6% shooting from the field. The Wolf Pack have a rebound margin of 4.6 and a turnover margin of 2.3.

South Dakota State is a solid mid-major team and has one of the better players in the country in Mike Daum. The Jackrabbits are very dangerous offensive team as they currently rank 12th in scoring offense, 4th in FG%, and 4th in 3P-FG%. Nevada continues to win games and has one most talented and experienced teams in the country led by Jordan Caroline and the Martin twins. Nevada has been great on both sides of the ball as they rank in the top-100 In both scoring offense and defense. This game should feature plenty of offense however, as this is more points that I was expecting the Jackrabbits to get, I’m taking South Dakota State and might make a small play on the over.