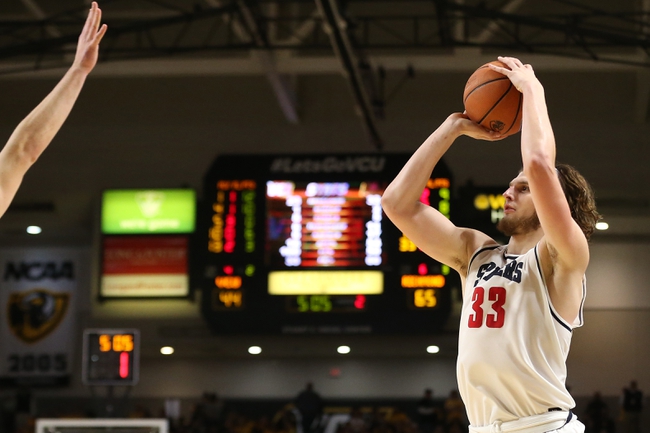 The Oral Roberts Golden Eagles will travel to the Robins Center to take on the Richmond Spiders this Saturday afternoon in College Basketball action.

The Oral Roberts Golden Eagles lost their 3rd straight game and dropped to 3-9 on the season after being defeated by the Missouri Tigers, 80-64, on December 7th. Oral Roberts trailed by just a 40-38 margin early in the 2nd half however, the Golden Eagles struggled defensively the rest of the way and couldn’t fight back after Missouri took a 60-41 lead midway through the 2nd half. Oral Roberts allowed Missouri to shoot 48.1% from the field and 46.2% from beyond the arc in the loss. Leading the way for the Golden Eagles was Emmanuel Nzekwesi who had 17 points, 6 rebounds, and 2 assists.

Defensively, Oral Roberts is allowing their opponents to average 79.2 ppg on 46.2% shooting from the field. The Golden Eagles have a rebound margin of 1.3 and a turnover margin of -3.4.

The Richmond Spiders won their 2nd consecutive game and improved to 4-5 on the season after defeating the Coppin State Eagles, 82-47, on December 5th. Richmond dominated Coppin State on both ends of the court and had no trouble securing the victory agianst the winless Eagles after taking a 43-16 halftime lead. Richmond shot 50.0% from the field and 46.4% from beyond the arc in the victory. Leading the way for the Spiders was Grant Golden who had a double-double with 13 points, 11 rebounds, 2 assists, and a steal.

Defensively, Richmond is allowing their opponents to average 71.8 ppg on 47.3% shooting from the field. The Spiders have a rebound margin of -5.8 and a turnover margin of 2.8.

It’s bee a struggle for Oral Roberts early this season as they have only one win against a D-I program and come into this game ranked just 249th in scoring offense and 311th in scoring defense. Richmond is currently in rebuilding mode however, has been competitive this season and rank 14th in FG% and 72nd in turnover margin. Richmond is going to struggle on the boards as they generally play small, however, as I think the Spiders are a better team on both ends of the court, I think Richmond does enough at home to cover this spread.