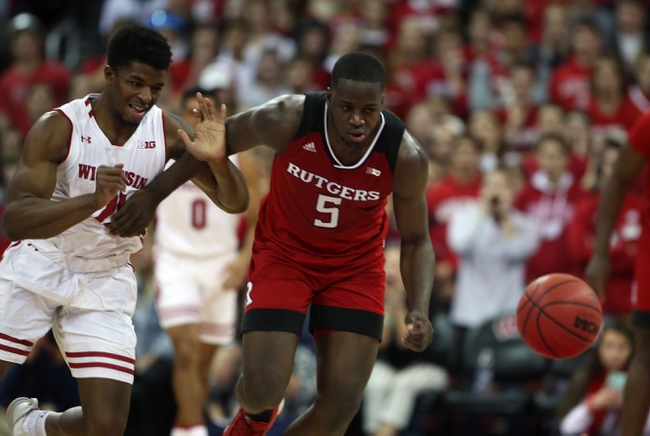 The Rutgers Scarlet Knights will travel to the Prudential Center to take on the Seton Hall Pirates this Saturday afternoon in College Basketball action.

The Rutgers Scarlet Knights lost their 3rd consecutive game and dropped to 5-4 (0-2 Big 10) on the season after being defeated by the Fordham Rams, 78-70, this past Saturday. Rutgers struggled on the defensive end agianst the Rams and couldn’t fight back after a 13-3 Fordham run gave the Rams a 69-59 lead with 3:05 left in regulation. Rutgers allowed Fordham to shoot 47.2% from the field and 45.5% from beyond the arc in the loss. Leading the way for the Scarlet Knights was Eugene Omoruyi who had a double-double with 19 points, 11 rebounds, and 2 assists.

Defensively, Rutgers is holding their opponents to an average of 62.7 ppg on 40.8% shooting from the field. The Scarlet Knights have a rebound margin of 4.4 and a turnover margin of 0.3.

The Seton Hall Pirates won their 2nd straight game and improved to 6-3 on the season after upsetting the 5th ranked Kentucky Wildcats, 84-83 in OT, this past Saturday. Kentucky was able to force OT on an incredible desperation three-pointer as time expired in regulation, however, Seton Hall was still able to pull off the victory after a clutch three-pointer by the Pirates Myles Cale with 9 seconds left in OT gave the Pirates the lead for good. Seton Hall shot 45.8% from the field and 42.3% from beyond the arc in the victory. Leading the way for the Pirates was Myles Powell who had 28 points, 4 assists, 1 rebound, and a steal.

Defensively, Seton Hall is allowing their opponents to average 68.1 ppg on 42.8% shooting from the field. The Pirates have a rebound margin of -0.7 and a turnover margin of 4.3.

Rutgers might be on a three-game losing streak, however, this is still a solid basketball team as two of those losses came in competitive games against Michigan State and Wisconsin. Rutgers is a team that plays solid defense as they come into this game ranked 33rd in scoring defense, 48th in blocks per game, and 92nd in rebound margin. Seton Hall has an incredible win agianst Kentucky however, I’m not solid on the Pirates in this matchup as they’ve already lost outright this season at home against two solid defensive teams in St. Louis & Louisville. Rutgers has been solid ATS on the road and as I think the Scarlet Knights will at worst lose a tight game, I’m taking Rutgers and the points in this one.