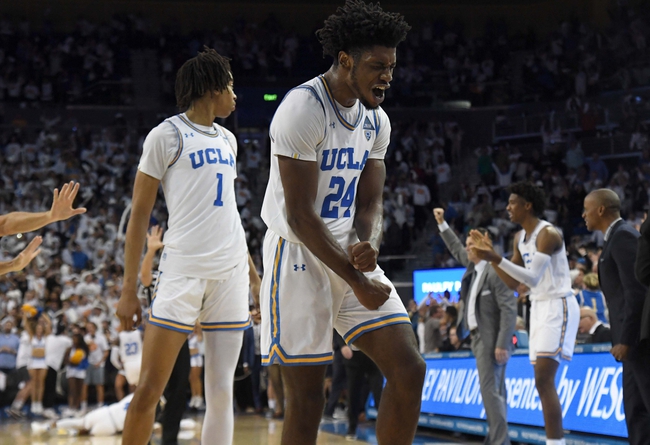 The Belmont Bruins will travel to Pauley Pavilion to take on the UCLA Bruins this Saturday night in College Basketball action.

The Belmont Bruins improved to 7-1 on the season after defeating the Lipscomb Bison, 76-74, on December 4th. In a tight back and forth game, Belmont was able to hold on for the victory late after Nathan Moran missed a game-winning three-point attempt as time expired in regulation. Belmont shot 44.1% from the field while holding Lipscomb to just 26.9% shooting from beyond the arc in the victory. Leading the way for the Bruins was Nick Muszynski who had a double-double with 19 points, 11 rebounds, 2 assists, 4 blocks, and a steal.

Defensively, Belmont is allowing their opponents to average 76.9 ppg on 41.7% shooting from the field. The Bruins have a rebound margin of 6.9 and a turnover margin of 1.4.

The UCLA Bruins won their 3rd straight game and improved to 7-2 on the season after defeating the Notre Dame Fighting Irish, 65-62, this past Saturday. In a game in which both teams struggled offensively, UCLA was able to get the victory after UCLA’s Kris Wilkes hit a game-winning three-pointer with just :01 second left in regulation. UCLA held Notre Dame to just 36.4% shooting from the field and outrebounded the Fighting Irish by a 52-40 margin in the victory. Leading the way for the Bruins was Jaylen Hands who had a double-double with 12 points, 11 assists, and 5 rebounds.

Defensively, UCLA is allowing their opponents to average 70.7 ppg on 37.7% shooting from the field. The Bruins have a rebound margin of 7.9 and a turnover margin of -1.3.

I imagine that Belmont will be a popular pick in this one however, and although they have an offense that certainly can put up points, Belmont has really yet to face anyone with the talent level that UCLA has. UCLA’s 54th ranked scoring offense should be able to put up plenty of points agianst Belmont’s 276th ranked Scoring defense as Belmont hasn’t looked as strong in their road games this season, I think UCLA will do enough in this one to cover this spread.