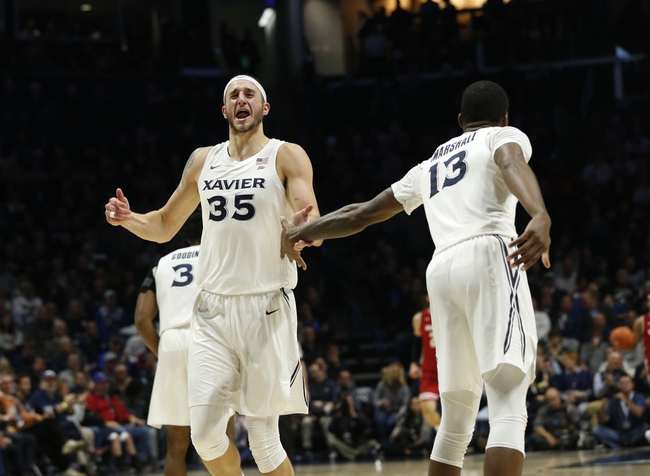 The Eastern Kentucky Colonels will travel to the Cintas Center to take on the Xavier Musketeers this Saturday night in College Basketball action.

The Eastern Kentucky Colonels won their 3rd straight game and improved to 6-4 on the season after defeating the Northern Kentucky Norse, 76-74, this past Saturday. In what was a tight back and forth game that neither team get more of a lead of six points, the Colonels were able to pull off the victory after Nick Mayo hit a game winning jumper with just :02 seconds left in regulation. Eastern Kentucky shot 38.3% from the field and committed just 11 turnovers in the victory. Leading the way for the Colonels was Nick Mayo who had a double-double with 27 points, 11 rebounds, 4 blocks, 1 assist, and a steal.

Defensively, Eastern Kentucky is allowing their opponents to average 81.6 ppg on 45.6% shooting from the field. The Colonels have a rebound margin of -3.5 and a turnover margin of 4.3.

The Xavier Musketeers had their 4-game winning streak snapped and dropped to 6-4 on the season after being defeated by the Cincinnati Bearcats, 62-47, this past Saturday. Xavier got off to a quick start agianst their crosstown rival, however, the offense really struggled agianst the suffocating Bearcats defense and the Musketeers couldn’t fight back after falling behind by a 54-36 margin with just 6:19 left in regulation. Xavier shot just 35.3% from the field and 20.0% from beyond the arc in the loss. Leading the way for the Musketeers was Quentin Goodin who had 12 points, 5 assists, 2 rebounds, and a steal.

Defensively, Xavier is allowing their opponents to average 71.3 ppg on 43.7% shooting from the field. The Musketeers have a rebound margin of 4.9 and a turnover margin of -0.6.

Eastern Kentucky has a decent offense that ranks 60th in scoring offense and one of the best players in the OVC in Nick Mayo, however, the Colonels can really struggle on the defensive end as they come into this matchup ranked just 331st in scoring defense and 278th in defensive FG%. Xavier didn’t have much offensive success against a good Cincinnati team, however, this is still a team that has been solid offensively as they rank T-148th in scoring offense and 59th in FG%. Xavier is 5-1 at home this season and although this is a big number, I think the Musketeers offense will have it’s way agianst the Colonels defense and as long as they somewhat contain Nick Mayo, I think Xavier covers this large spread at home.