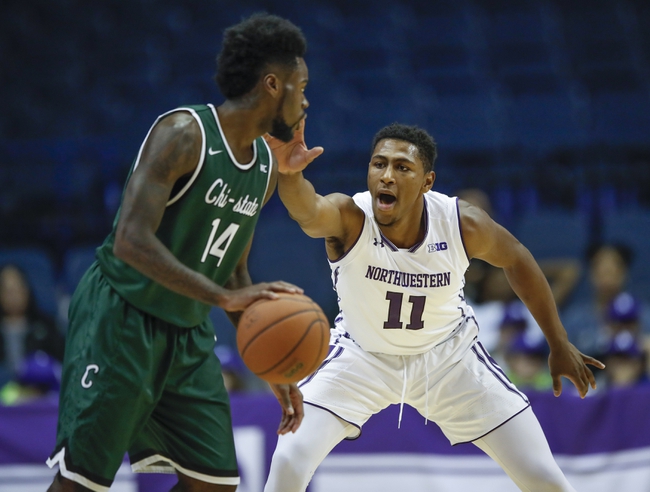 The Chicago State Cougars will travel to Welsh-Ryan Arena to take on the Northwestern Huskies this Monday night in College Basketball action.

The Chicago State Cougars had their 3-game winning streak snapped and dropped to 3-9 on the season after being defeated by the DePaul Blue Devils, 104-70, this past Wednesday. Chicago State had no answers on the defensive end for the Blue Devils and couldn’t fight back after they went into halftime trailing by a 49-30 margin. Chicago State allowed DePaul to shoot 54.7% from the field and committed 19 turnovers in the loss. Leading the way for the Cougars was Delshon Strickland who had 25 points, 1 rebound, and a steal.

Defensively, Chicago State is allowing their opponents to average 86.2 ppg on 47.3% shooting from the field. The Cougars have a rebound margin of -4.7 and a turnover margin of -3.8.

The Northwestern Wildcats snapped their 2-game losing streak and improved to 7-3 (0-2 Big 10) on the season after defeating the DePaul Blue Devils, 75-68, on December 8th. Northwestern trailed by double-digits midway through the 2nd half however was able to fight back and pull away for the victory after a 20-0 run gave the Wildcats a 67-57 lead with 2:58 left in regulation. Northwestern shot 41.8% from the field and 35.5% shooting from beyond the arc in the victory. Leading the way for the Wildcats was Vic Law who had 25 points, 7 rebounds, 2 blocks, and an assist.

Defensively, Northwestern is holding their opponents to an average of 62.5 ppg on 42.7% shooting from the field. The Wildcats have a rebound margin of 3.4 and a turnover margin of 1.7.

It’s been a tough season for Chicago State as although they’ve played a tough road schedule to start the season, the Cougars have still really struggled and come into this game ranked 310th in scoring offense & 350th in scoring defense. Northwestern dropped a couple of tough games agianst Indiana & Michigan to start Big-10 play, however this is still a very good team that is led by their defense that ranks 31st in scoring defense and T-84th in blocks per game. Chicago State lost by an average of 36.6 ppg to Indiana, Notre Dame, and DePaul this season and as I think Northwestern is on the same level as those three teams, I’m taking Northwestern to cover  a large home spread if this one is lined.