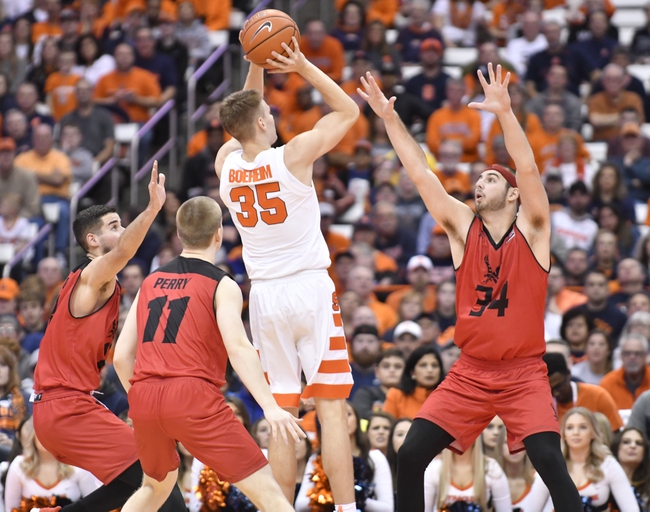 The South Dakota State Jackrabbits will travel to Reese Court to take on the Eastern Washington Eagles this Tuesday night in College Basketball action.

The South Dakota State Jackrabbits had their 2-game winning streak snapped and dropped to 9-4 on the season after being defeated by the 7th ranked Nevada Wolf Pack, 72-68, this past Saturday night. South Dakota State gave Nevada all they could handle, even with a less than average games by Mike Daum & David Jenkins, however, couldn’t pull off the upset victory after Nevada took a 71-63 lead with just :46 seconds left in regulation. South Dakota State held Nevada to just 33.8% shooting from the field and 25.6% shooing from beyond the arc in the loss. Leading the way for the Jackrabbits was Skyler Flatten who had 20 points and 2 rebounds.

Defensively, South Dakota State is allowing their opponents to average 71.6 ppg on 39.4% shooting from the field. The Jackrabbits have a rebound margin of 7.2 and a turnover margin of -1.5.

The Eastern Washington Eagles lost their 5th straight game and dropped to 1-8 on the season after being defeated by the Stanford Cardinal, 78-62, this past Saturday. Eastern Washington led by a 32-27 margin at halftime, however, had no answers for the Stanford offense in the 2nd half and couldn’t fight back after the Cardinal took a 65-55 lead with 4:11 left in regulation. Eastern Washington allowed Stanford to shoot 57.1% from the field and was outrebounded by the Cardinal by a 31-23 margin in the loss. Leading the way for the Eagles was Jesse Hunt who had 27 points, 4 rebounds, 3 assists, 1 block, and a steal.

Defensively, Eastern Washington is allowing their opponents to average 79.7 ppg on 46.7% shooting from the field. The Eagles have a rebound margin of -5.9 and a turnover margin of -2.3.

South Dakota State is a solid team that can really put points on the board led by Mike Daum & David Jenkins and currently rank 12th in scoring offense, 6th in FG%, and 3rd in 3P-FG%. Eastern Washington has had a tough start to their season however, they have played some tough competition with 7 of their first 9 games being on the road. Eastern Washington is better than what their numbers show and although they do have another tough matchup agianst the Jackrabbits, I like the Eagles at home with this many points.