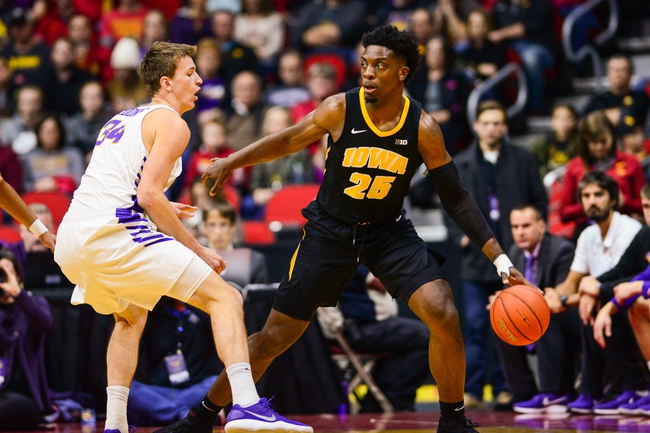 The Western Carolina Catamounts will travel Carver-Hawkeye Arena to take on the 23rd Iowa Hawkeyes this Tuesday night in College Basketball.

The Western Carolina Catamounts dropped to 3-9 on the season after being defeated by the High Point Panthers, 86-59, this past Saturday. Western Carolina had no answers on the defensive end against High Point and couldn’t fight back after a 15-0 run gave the Panthers to take a 64-35 lead with 13:48 left in regulation. Western Carolina allowed High Point to shoot 66.7% from the field and 50.0% from beyond the arc in the loss. Leading the way for the Catamounts was Onno Steger who had 18 points, 5 rebounds, 2 steals, and an assist.

Defensively, Western Carolina is averaging 79.1 ppg on 47.6% shooting from the field. The Catamounts have a rebound margin of 4.1 and a turnover margin of -7.7.

The 23rd ranked Iowa Hawkeyes won their 2nd straight game and improved to 8-2 (0-2 Big 10) on the season after defeating the Northern Iowa Panthers, 77-54, this past Saturday. Iowa had no trouble scoring agianst the Northern Iowa defense and had no trouble securing the victory after taking a 39-18 halftime lead. Iowa shot 53.7% from the field and 40.0% from beyond the arc in the victory. Leading the way for the Hawkeyes was Tyler Cook who had a double-double with 17 points, 13 rebounds, and 5 assists.

Defensively, Iowa is allowing their opponents to average 73.2 ppg on 43.6% shooting from the field. The Hawkeyes have a rebound margin of 4.6 and a turnover margin of -0.9.

Western Carolina is in for a long season as the Catamounts have struggled on both ends of the ball as they come into this game ranked 270th in scoring offense, 310th in scoring defense, and 322nd in defensive FG%. Iowa has an explosive offense that ranks 41st in scoring offense and should have a huge advantage on the boards in this one as the Hawkeyes rank 85th in rebound margin. This is a bunch of points, however, I just don’t see Western Carolina being able to do enough to keep this one within 25 points. Take Iowa to cover.