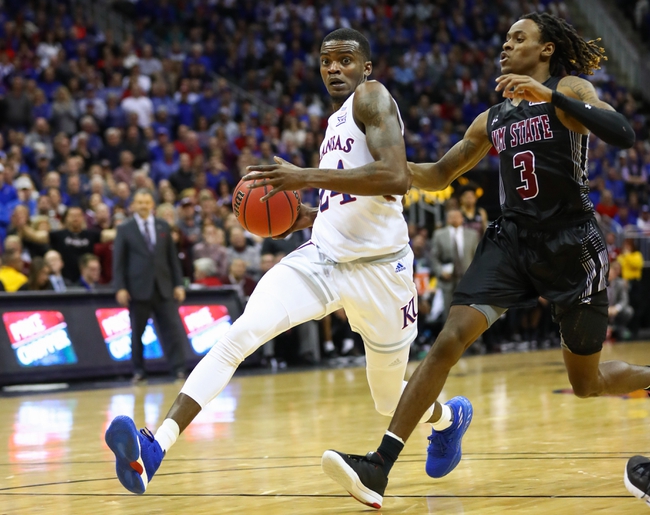 The South Dakota Coyotes and the Kansas Jayhawks will square off in a college basketball matchup from Allen Fieldhouse on Tuesday night.

The South Dakota Coyotes will look to build on back-to-back wins after a 68-63 win over Colorado State in their last outing. Stanley Umude led the Coyotes with 15 points on 6 of 8 shooting while Tyler Peterson added 12 points and 6 rebounds. Cody Kelley and Trey Burch-Manning each added 10 points to round out the foursome of double-digit scorers for South Dakota in the win with Kelley adding a team-high 8 rebounds and 7 assists while Burch-Manning added 7 rebounds. Burch-Manning leads South Dakota with an average of 13.5 points and 7.1 rebounds per game while Triston Simpson leads the Coyotes with 3 assists per game this season. As a team, South Dakota is averaging 67.4 points per game on 43.7% shooting from the field, 30.2% from behind the 3-point line and 70.6% from the foul line this season.

The Kansas Jayhawks will look to remain unbeaten after improving to 9-0 with a 74-71 win over Villanova last time out. Lagerald Vick led the Jayhawks with 29 points on 9 of 15 shooting with 3 threes and 7 rebounds while Dedric Lawson came right behind with 28 points on 10 of 15 shooting with 12 rebounds for the double-double. Devon Dotson added 11 points to round out the trio of double-digit scorers for Kansas in the winning effort. Lawson leads the Jayhawks by averaging a double-double per game with team-highs of 20.1 points, 10.8 rebounds and 2.7 assists per game this season. As a team, Kansas is averaging 80.9 points per game on 48.5% shooting from the floor, 37.3% from the 3-point line and 66% from the foul line this season.

Kansas is heads and shoulders the better team here and have the offensive abilities to run the Coyotes out of the gym. However, the Jayhawks have failed to cover both of their games as 20+-point favorites this season, and have had some close calls, winning 5 of their last 6 games by single digits. New Mexico State is the only team comparable to South Dakota in that run, and Kansas has taken care of their lesser opponents this season, but I think the Coyotes can sneak in and barely bag a cover so I’ll take a shot with South Dakota and the points in this one.