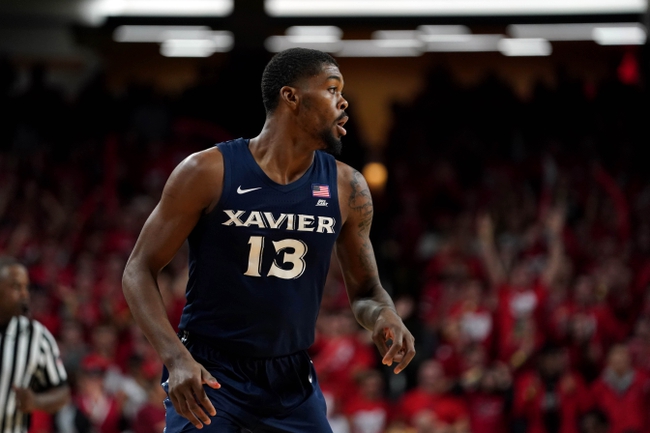 The Xavier Musketeers and the Missouri Tigers meet in college basketball action from Mizzou Arena on Tuesday night.

The Xavier Musketeers come into this game looking to build on a 95-77 win over Eastern Kentucky in their last outing. Quentin Goodin led the Musketeers with 16 points on 6 of 8 shooting with 10 assists and a whopping 7 steals while Naji Marshall 15 points on 6 of 10 shooting with 10 rebounds and 6 assists for the double-double. Paul Scruggs, Tyrique Jones and Zach Hankins each had 14 points with Jones and Scruggs each shooting 5 of 5 from the floor with Scruggs chipping in a pair of threes and Hankins shooting 6 of 7 from the floor with a pair of blocks. Ryan Welage added 3 triples as part of his 11-point night to round out the scoring in double figures for Xavier in the win. Marshall leads Xavier in scoring with 13.2 points per game while Jones leads the Musketeers in rebounding with 8.1 rebounds and Goodin leads Xavier in assists with 5 assists per game this season. As a team, Xavier is scoring 77.8 points per game on 49.8% shooting from the field, 33.2% from behind the arc and 67.8% from the foul line this season.

The Missouri Tigers come into this game looking to add to their current 3-game winning streak after an 80-64 win over Oral Roberts in their last outing. Mark Smith led the Tigers with 14 points on 4 of 8 shooting with 3 threes while Kevin Puryear, Jeremiah Tilmon, Jordan Geist and Torrence Watson each added 12 points. Tilmon added a team-high 6 rebounds in 16 minutes while Geist pulled down 5 boards and Watson added 4 threes. Xavier Pinson added 3 triples as part of his 11-point night to round out the scoring in double-digits for Mizzou in the win. Tilmon leads Missouri with an average of 12.7 points and 2.4 assists while Tilmon leads the Tigers in rebounding with 6.2 rebounds per game this season. As a team, Missouri is averaging 67.1 points per game on 42.9% shooting from the field, 39% from behind the arc and 66.7% from the foul line this season.

Neither one of these teams have been anything special ATS this season, and Xavier failed their only road test, scoring 47 points and losing by 15 to Cincinnati. However, Cincinnati is a much better team than Missouri and the Musketeers have shown that they’re capable of going on the road to get the job done. Missouri has been playing better at home as of late, but on the whole this season, the Tigers have been difficult to trust offensively, so I’ll side with Xavier to pick up the win on the road and I’ll take the free point to be safe.