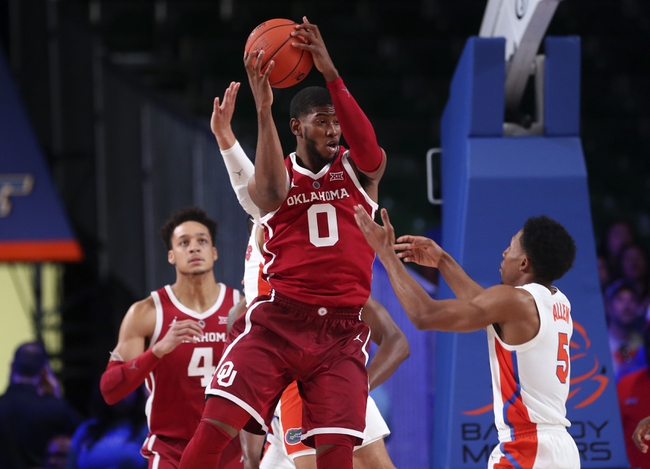 The Creighton Bluejays and the Oklahoma Sooners meet in college basketball action from Lloyd Noble Center on Tuesday night.

The Creighton Bluejays will look to build some momentum after an 86-65 win over Green Bay in their last outing. Mitch Ballock led the Bluejays with 19 points on 7 of 12 shooting with 5 threes while Ty-Shon Alexander added 17 points with 3 triples and a team-high 6 assists. Marcus Zegarowski added 13 points on 4 of 8 shooting with 3 threes while Kaleb Alejandro Joseph chipped in 11 points on 4 of 6 shooting with 3 triples to round out the foursome of double-digit scorers for Creighton in the winning effort. Damien Jefferson added 7 points and a team-high 9 rebounds while Connor Cashaw added 4 assists and 3 steals. Alexander leads Creighton with an average of 18.2 points and 3.4 assists per game while Jefferson leads the Bluejays in rebounding with 5.9 rebounds per game this season. As a team, Creighton is averaging 83.8 points per game while owning the 8th-best field goal percentage in D-I with 51% from the floor and the best 3-point percentage in the country, shooting 44.7% from downtown in addition to a 63.3% mark from the foul line this season.

The Oklahoma Sooners will look to add to their current 5-game winning streak after an 81-70 win over USC in their last outing. Miles Reynolds led the Sooners with 20 points on 7 of 10 shooting while Christian James added 16 points along with 15 rebounds and Brady Manek added 15 points to round out the trio of double-digit scorers for Oklahoma in the win. Aaron Calixte chipped in 8 points and a team-high 4 assists as well in the winning effort for the Sooners. James leads Oklahoma in scoring with an average of 18.9 points per game while Manek leads the Sooners on the glass with 8 rebounds per game and Calixte leads Oklahoma with an average of 3 assists per game this season. As a team, Oklahoma is averaging 76 points per game on 46% shooting from the field, 38.9% from 3-point range and 67.1% from the foul line this season. The Sooners are also tough on defense, giving up just the 6th-lowest field goal percentage against in the country, allowing opponents to shoot just 36.2% from the floor this season.

Going against a strong offensive team like Creighton is dangers given how well the Bluejays shoot the rock. However, the Bluejays were rocked in their lone road game of the year against Nebraska and have had issues ATS on the road dating back to last season. Oklahoma has been very good at home, winning each of their four home games by double-digits and covering as well in the process, so I’ll lay the points with Oklahoma in this spot.