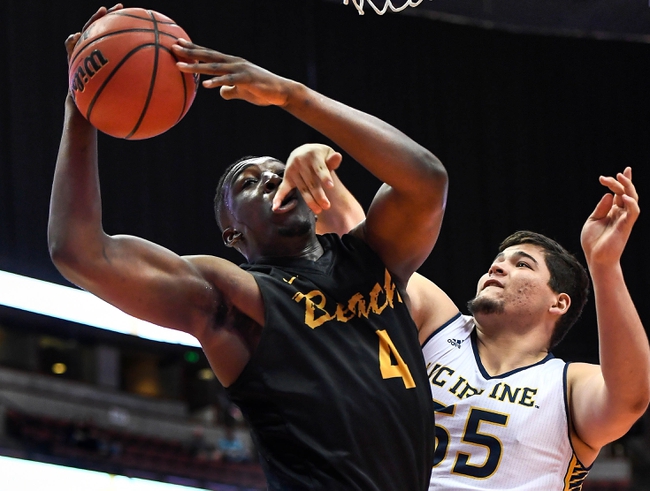 The Pepperdine Waves will travel to Walter Pyramid to take on the Long Beach State 49ers this Thursday night in College Basketball action.

The Pepperdine Waves lost their 2nd straight game and dropped to 6-6 on the season after being defeated by the Oregon State Beavers, 82-67, this past Monday. Pepperdine struggled on both ends of the floor agianst the Beavers and couldn’t fight back after Oregon State took a 61-39 lead with just 12:25 left in regulation. Pepperdine shot just 36.7% from the field while allowing Oregon State to shoot 54.2% from the field and 42.1% from beyond the arc. Leading the way for the Waves was Colbey Ross who had 15 points, 8 assists, 1 rebound, and a steal.

Defensively, Pepperdine is allowing their opponents to average 76.8 ppg on 44.8% shooting from the field. The Waves have a rebound margin of -5.9 and a turnover margin of 4.0.

The Long Beach State 49ers lost their 2nd straight game and dropped to 3-9 on the season after being defeated by the Pacific Tigers, 74-68, on December 10th. Long Beach State held an early 14-point lead in the 2nd half however, struggled defensively done the stretch and couldn’t fight back after Pacific took a 72-68 lead with :17 seconds left in regulation. Long Beach State shot 43.8% from the field and 47.4% from beyond the arc in the loss. Leading the way for the 49ers was Temidayo Yussuf who had a double-double with 14 points, 10 rebounds, 1 block, and a steal.

Defensively, Long Beach State is allowing their opponents to average 79.2 ppg on 44.3% shooting from the field. The 49ers have a rebound margin of -2.6 and a turnover margin of -2.0.

Pepperdine has done a nice job putting points on the board, however, the Waves will still be without Kameron Edwards (17.7 ppg, 7.3 rpg) and have struggled defensively as they rank just 281st in scoring defense and 289th in defensive FG%. Long Beach State has played a brutal schedule to start the season which is a big reason why they only have 3 wins on the season as they had road games agianst UCLA, Arizona State, Mississippi State, Fresno State, and USC. The 49ers stats aren’t great but this is a team that should be competitive in the Big West this season and I think the 49ers do enough to cover this small spread.