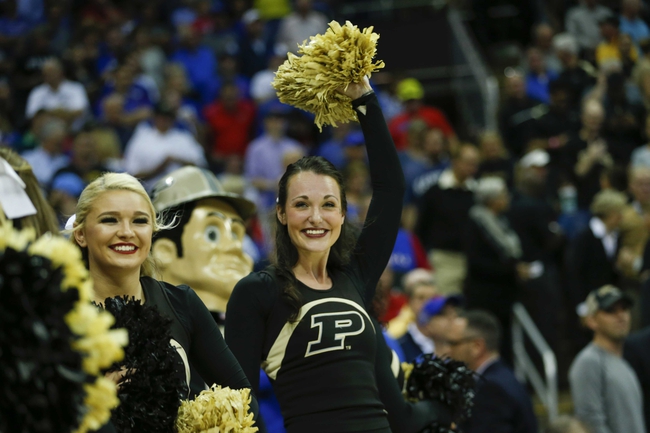 The Ohio Bobcats and the Purdue Boilermakers will meet up in college basketball action on Thursday.

Ohio enters this one at a solid 7-3 on the year so far. The Bobcats have toppled Wilberforce (OH), Campbell, Austin Peay, Iona, Marshall, Radford and Detroit this season.

In the Titans game, Ohio’s Jason Carter put up 20 points and two rebounds, while Doug Taylor nearly doubled up on nine points and 13 rebounds. Teyvion Kirk chipped in 16 points and seven rebounds for the Bobcats there.

Over on the Purdue side, they’re 6-5 so far this season. The Boilermakers have taken out Fairfield, Ball State, App State, Davidson, Robert Morris and Maryland but fallen to Virginia Tech, Florida State, Michigan, Texas and Notre Dame.

In the Irish game, Purdue’s Carsen Edwards was the lead team scorer on 27 points, three assists and one rebound, and Ryan Cline added 15 points, five assists and three rebounds in that one.

After something of a sketchy start, Ohio is playing better as of late. Even though they’re not super-consistent putting up big points, the Bobcats have been competitive in most of their games recently.

Purdue hasn’t exactly drilled the scoreboard on a regular basis either, but they’ve been playing some of the toughest competition in the country. I think the Boilermakers have all the control in this one.