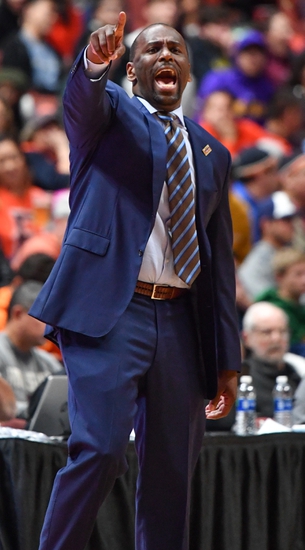 The UC-Irvine Anteaters and the Butler Bulldogs meet in college basketball action from Hinkle Fieldhouse on Friday night.

The UC-Irvine Anteaters come into this game looking to remain unbeaten on the road after picking up a 52-48 win over Eastern Michigan in their last outing to improve to 11-2 this season. Max Hazzard led the Anteaters with 14 points on 6 of 13 shooting with a pair of threes and a pair of steals while Collin Welp added 11 points and Evan Leonard chipped in 10 points to round out the trio of double-digit scorers for UC-Irvine in the win. Elston Jones added 6 points and a team-high 10 rebounds as well in the victory for the Anteaters. Hazzard leads the Anteaters in scoring with 9.6 points per game while Eyassu Worku leads UC-Irvine with 2.6 assists per game and Jonathan Galloway leads the Anteaters on the glass with 7.4 rebounds per game this season. As a team, UC-Irvine is averaging 71.7 points per game on 44.6% shooting from the field, 37.2% from behind the 3-point line and 67.9% from the foul line this season.

The Butler Bulldogs will look to add to their 8-3 record and remain unbeaten at home after a 76-67 win over Presbyterian in their last outing. Aaron Thompson led the Bulldogs with 18 points on 8 of 10 shooting with a team-high 7 assists and 3 steals while Kamar Baldwin added 15 points and 3 steals. Joey Brunk and Jordan Tucker each added 10 points, with Brunk adding a team-high 8 rebounds and 4 assists while Tucker chipped in 7 rebounds to round out the scoring in double-digits for Butler in the win. Baldwin leads Butler with an average of 16.4 points and 5.7 rebounds per game while Thompson leads the Bulldogs with 4.5 assists per game this season. As a team, Butler is averaging 75.2 points per game on 47.3% shooting from the field, 37.2% from behind the arc and 75.1% from the foul line this season.

I’m not sure what it is, but the Anteaters almost seem to play better away from home. Okay, maybe not actually, and this is going to be a tough test in a Butler team that is outscoring teams by 16.8 points at home this season. However, UC-Irvine has shown that they aren’t afraid to go on the road and compete, and I’m one who actually gives the Anteaters a good chance to win this one outright but at the very least cover, so I’ll take UC-Irvine and the points in this one.