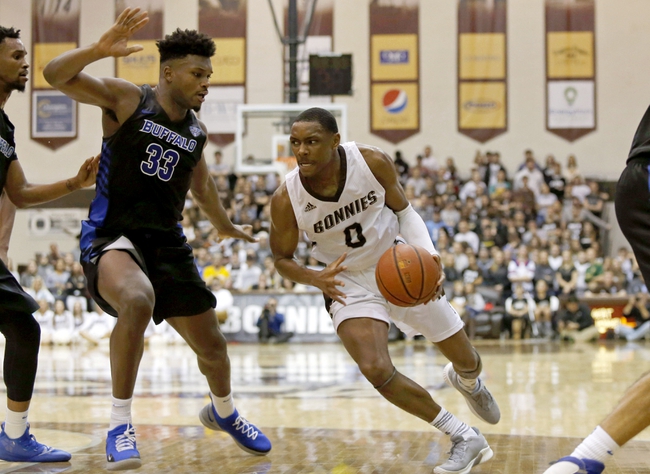 The St. Bonaventure Bonnies and the Northeastern Huskies meet in college basketball action from Matthews Arena on Friday afternoon.

The St. Bonaventure Bonnies will be looking to rebound from back-to-back losses following an 83-76 overtime loss to Vermont in their last outing. Courtney Stockard led the Bonnies with 27 points on 9 of 19 shooting with 4 threes and a team-high 9 rebounds while Kyle Lofton added 23 points with a team-high 4 assists and 3 steals as the only other St. Bonaventure player to score in double figures in the losing effort. Osun Osunniyi added 8 points and 9 rebounds as well in the win for St. Bonaventure. Jalen Poyser scored just 6 points but still leads the Bonnies in scoring with 14.6 points per game while Lofton leads St. Bonaventure in assists with 4.3 assists per game and Tshiefu Ngalakulondi leads the Bonnies on the glass with 5.8 rebounds per game this season. As a team, St. Bonaventure is scoring 70 points per game on 44.3% shooting from the field, 34.7% from behind the arc and 72.2% from the foul line this season.

The Northeastern Huskies will also be looking for a bounce-back performance after losing to the same Vermont Catamounts by a final score of 75-70 last time out. Jordan Roland led the Huskies with 20 points on 8 of 16 shooting while Jason Strong added 13 points with 6 rebounds and Donnell Gresham Jr. added 12 points. Bolden Brace added 11 points to round out the foursome of double-digit scorers for Northeastern in the losing effort. Roland leads Northeastern with an average of 16 points per game while Gresham Jr. leads the Huskies with averages of 4.7 rebounds and 4.3 assists per game this season. As a team, Northeastern is averaging 72.6 points per game on 48.1% shooting from the field, 38.7% from behind the 3-point line and 75.2% from the foul line this season.

Neither of these teams have been anything special ATS this season so this game may be best left alone, however for the sake of a pick, St. Bonaventure has been brutal ATS away from home this season, dropping all 5 of their lined games on the road. Northeastern is outscoring opponents by 6.6 points per game at home this season and have won their last two homes games by a combined 19 points so I’ll take a shot with the Huskies pulling away late for the cover.