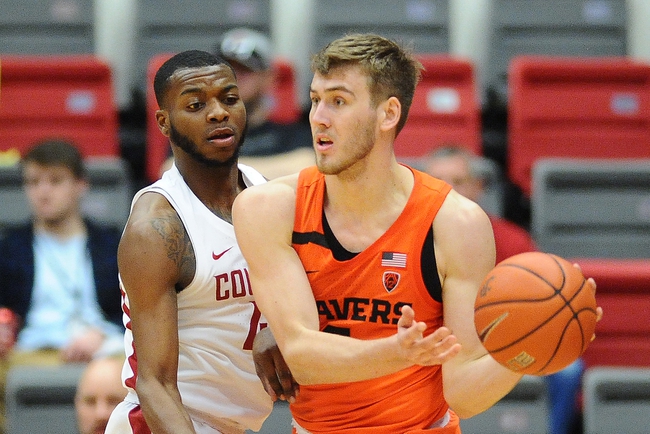 The Kent State Golden Flashes will travel to Gill Coliseum to take on the Oregon State Beavers this Friday afternoon in College Basketball action.

The Kent State Golden Flashes has their 6-game winning streak snapped and dropped to 8-2 on the season after being defeated by the Louisville Cardinals, 83-70, this past Saturday. Kent State has no answers on the defensive end for the Cardinals and couldn’t fight back after the Golden Flashes fell behind by a 45-28 margin at halftime. Kent State allowed Louisville to shoot 51.0% from the field and 50.0% from beyond the arc in the loss. Leading the way for the Golden Flashes was Jaylin Walker who had 28 points, 6 rebounds, 2 steals, and an assist.

Defensively, Kent State is allowing their opponents to average 73.0 ppg on 44.5% shooting from the field. The Golden Flashes have a rebound margin of 2.2 and a turnover margin of 2.6.

The Oregon State Beavers snapped a 2-game losing streak and improved to 7-3 on the season after defeating the Pepperdine Waves, 82-67, this past Monday night. Oregon State was outstanding on the offensive end and had no trouble securing the victory after taking a 61-39 lead with 12:25 left in regulation. Oregon State shot 54.2% from the field and outrebounded Pepperdine by a 38-24 margin in the victory. Leading the way for the Beavers was Tres Tinkle who had 21 points, 7 assists, 5 rebounds, 5 steals, and a block.

Defensively, Oregon State is holding their opponents to an average of 65.4 ppg on 39.9% shooting from the field. The Beavers have a rebound margin of 6.8 and a turnover margin of -1.1.

Kent State has had a nice start to their season which includes a solid win on the road vs. Vanderbilt, however, the defense has struggled this season as they rank just 213th in scoring defense and 233rd in defensive FG%. Oregon State looks like a team that will be able to contend in the Pac-12 this season as they already have solid victories over Old Dominion & Penn and have a defense that ranks 55th in scoring defense, 57th in defensive FG%, and 34th in rebound margin. Oregon State has been solid ATS at home and as I think that the trio of Tinkle, Thompson Jr. & Thompson will be able to put up plenty of offense against the Kent State defense, I’m taking Oregon State to cover this spread.