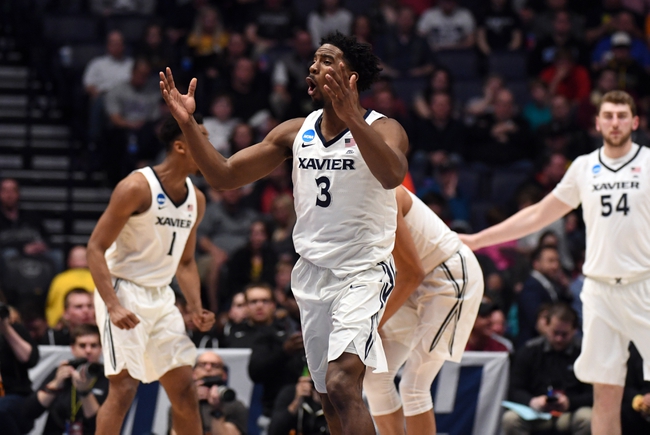 The Detroit Mercy Titans will travel to the Cintas Center to take on the Xavier Musketeers this Friday night in College Basketball action.

The Detroit Mercy Titans lost their 5th straight game and dropped to 3-8 on the season after being defeated by the Ohio Bobcats, 63-61, this past Saturday. Detroit Mercy fought back by a 19-point deficit in the 2nd half to take a late 61-60 lead, however, couldn’t secure the victory after a three-pointer by the Bobcats Teyvion Kirk gave Ohio the lead for good with just :46 seconds left in regulation. Detroit Mercy shot 35.2% from the field and was outrebounded by a 42-29 margin in the loss. Leading the way for the Titans was Antoine Davis who had 19 points, 3 rebounds, 2 assists, and a steal.

Defensively, Detroit Mercy is allowing their opponents to average 79.0 ppg on 45.5% shooting from the field. The Titans have a rebound margin of -11.1 and a turnover margin of 2.7.

The Xavier Musketeers dropped to 7-5 on the season after being defeated by the Missouri Tigers, 71-56, this past Tuesday. Xavier struggled offensively throughout the game agianst the Tigers and couldn’t fight back after they went into halftime trailing by a 41-27 margin. Xavier shot 38.8% from the field and 31.6% from beyond the arc in the loss. Leading the way for the Musketeers was Quentin Goodin who had 21 points, 3 rebounds, 6 assists, and 3 steals.

Defensively, Xavier is averaging 71.8 ppg on 43.6% shooting from the field. The Musketeers have a rebound margin of 3.8 and a turnover margin of -1.2.

Detroit Mercy has been able to stay in games thanks to their solid three-point shooting, however, it’s going to another long season for the Titans if they don’t improve a defense that ranks 308th in scoring defense and 274th in defensive FG%.  Xavier is not a solid of a team that we’ve seen in recent years, however, this is still a decent offensive team that ranks 140th in scoring offense and 32nd in FG%. Detroit Mercy has really struggled on the road this season and as I think the Musketeers offense will be able to have a field day at home against the Titans defense, I’m taking Xavier to cover this large home spread.