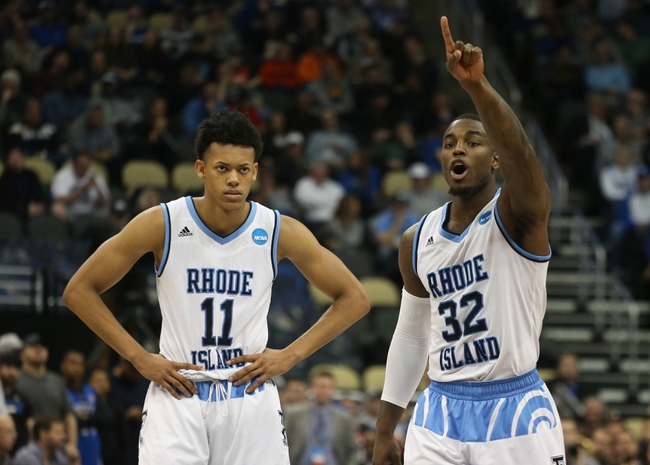 The Rhode Island Rams and Bucknell Bison will square off in the Hawaiian Airlines Diamond Head Classic at the Stan Sheriff Center this Saturday night in College Basketball action.

The Rhode Island Rams won their 2nd straight game and improved to 5-3 on the season after defeating the West Virginia Mountaineers, 83-70, this past Sunday. Rhode Island was outstanding defensively agianst the Mountaineers and pulled away in the 2nd half after taking a 75-65 lead with 2:39 left in regulation. Rhode Island shot 46.8% from the field while holding West Virginia to just 32.1% shooting from the field and 20.0% from beyond the arc in the victory. Leading the way for the Rams was Jeff Dowtin who had 18 points, 5 rebounds, 7 assists, and a steal.

Defensively, Rhode Island is holding their opponents to an average of 64.3 ppg on 39.2% shooting from the field. The Rams have a rebound margin of 5.1 and a turnover margin of 3.8.

The Bucknell Bison lost their 2nd straight game and dropped to 4-5 on the season after being defeated by the Saint Mary’s Gaels, 85-56, this past Wednesday. Bucknell couldn’t get going on either end of the court and couldn’t fight back after the Gaels took a 62-45 lead with 12:06 left in regulation. Bucknell allowed Saint Mary’s to shoot 54.7% from the field and was outrebounded by the Gaels by a 44-26 margin in the loss. Leading the way for the Bison was Bruce Moore who had 18 points, 4 rebounds, 1 assist, and a steal.

Defensively, Bucknell is allowing their opponents to average 73.8 ppg on 44.0% shooting from the field. The Bison have a rebound margin of -5.9 and a turnover margin of 1.0.

Rhode Island was expected to take a step back this season however, the Rams have been solid on defensive end this season, ranking 45th in scoring defense & 39th in defensive FG%, and have quality wins agianst Harvard and Wester Virginia on the season. Bucknell don’t look great statistically as the rank just 235th in scoring offense & T-232nd in scoring defense, however, the Bison does have a nice win at Vermont this season and recently gave Ohio State all the could handle on the road in a 73-71 lost last week. Bucknell is a solid team, however, I think the Rhode Island defense will be able to give the Bison some trouble in this one and I’m taking the Rams to cover this spread.