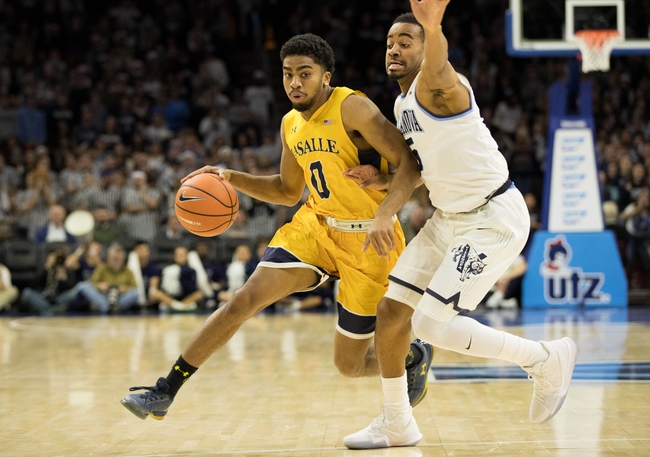 The Towson Tigers and La Salle Explorers will face in the finals of the Battle at the Boardwalk at Boardwalk Hall this Saturday afternoon in College Basketball action.

The Towson Tigers won their 2nd straight game and improved to 4-7 on the season after defeating the Tulane Green Wave, 73-55, yesterday afternoon. Towson was outstanding on the defensive end and pulled away after a 10-0 Tigers run gave Towson a 48-36 lead midway though the 2nd half. Towson shot 45.0% from the field while holding Tulane to just 38.3% from the field and 30.0% from beyond the arc in the victory. Leading the way for the Tigers was Brian Fobbs who had a double-double with 15 points, 11 rebounds, and 2 assists.

Defensively, Towson was holding their opponents to an average of 73.1 ppg on 43.4% shooting from the field. The Tigers had a rebound margin of 4.6 and a turnover margin of -3.2.

The La Salle Explorers picked up their first win of the season, improving to 1-10 on the year, after defeating the Alabama A&M Bulldogs, 80-57, last night. La Salle dominated Alabama A&M on both ends of the court and had no trouble securing the victory after taking a 40-24 halftime lead. La Salle shot 52.8% from the field and while holding the Bulldogs to just 31.8% from the field and 22.7% from beyond the arc in the victory. Leading the way for the Explorers was Pookie Powell who had 17 points, 3 rebounds, 2 assists, 3 steals, 1 block.

Defensively, La Salle was allowing their opponents to average 84.1 ppg on 51.0% shooting from the field. The Explorers had a rebound margin of -4.7 and a turnover margin of 0.4.

It’s impressive that that two times with a 5 combined wins are meeting in a championship game of any tournament but that is what we have here in this matchup. Towson has been able to pick up some wins, however, I think the Explorers are more of a dangerous team now that they have two of their best scorers in Pookie Powell & Jack Clark back in their lineup. La Salle ranks just 346th in scoring defense, however, as I’m not that intimidated by the Towson offense, I think the Explorers will be able to do enough to cover this small spread.