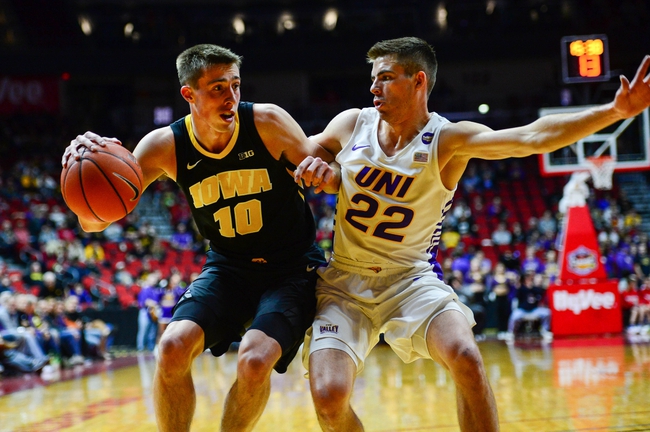 The North Dakota Fighting Hawks will travel to the McLeod Center to take on the Northern Iowa Panthers this Saturday afternoon in College Basketball action.

The North Dakota Fighting Hawks had their 2-game winning streak snapped and dropped to 6-6 on the season after being defeated by the 20th ranked Marquette Golden Eagles, 92-66, this past Tuesday. North Dakota hung around early in this one, however, the defense just didn’t have any answers for the Golden Eagles high-powered offense and couldn’t fight back after they went into halftime trailing by a 49-27 margin. North Dakota allowed Marquette to shoot 58.6% from the field and 55.0% from beyond the arc in the loss. Leading the way for the Fighting Hawks was Cortez Seales who had 14 points, 7 rebounds, 2 assists, and a steal.

Defensively, North Dakota is allowing their opponents to average 70.0 ppg on 41.9% shooting from the field. The Fighting Hawks have a rebound margin of 0.9 and a turnover margin of -0.4.

The Northern Iowa Panthers lost their 2nd straight game and dropped to 4-7 on the season after being defeated by the Grand Canyon Antelopes, 73-62, this past Wednesday. Northern Iowa struggled offensively in the 1st half agianst the Antelopes and couldn’t fight back after Grand Canyon took a 66-56 lead with 2:12 left in regulation. Northern Iowa shot just 39.6% from the field and was outrebounded by Grand Canyon by a 41-30 margin in the loss. Leading the way for the Panthers was AJ Green who had 27 points, 3 rebounds, 2 assists, and a steal.

Defensively, Northern Iowa is allowing their opponents to average 71.2 ppg on 43.2% shooting from the field. The Panthers have a rebound margin of -0.9 and a turnover margin of -0.5.

On the surface, North Dakota statistics don’t look bad as they rank above average in both scoring offense & scoring defense, however, this is a team that has played little in terms of competition and has been beaten by an average of 32 ppg in their games against Kentucky & Marquette this season. Northern Iowa has really struggled offensively this season as they currently rank just 320th in scoring offense and 327th in FG% and it could be a long season for the Panthers as their defense that ranked in top-5 in terms of scoring defense last season, currently is nothing more than average (T-179th in scoring defense). I can’t say I love this game, however, as Northern Iowa is at home and has at least shown some fight this season against some decent teams (Old Dominion, Penn), I think the Panthers will do enough to cover this home spread.