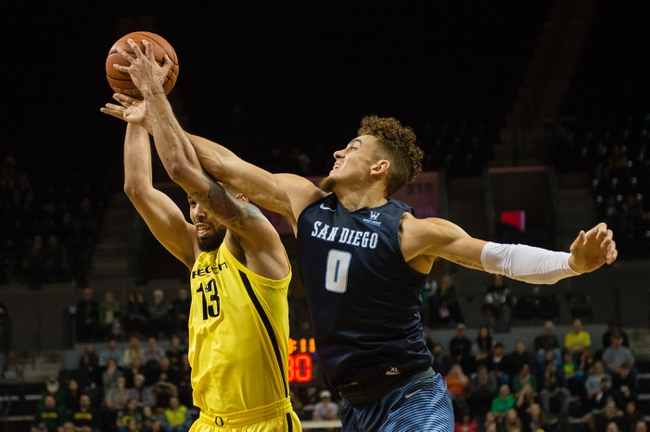 The San Diego Toreros will look to build on an 85-65 win over Northern Colorado in their last outing. Olin Carter III led the Toreros with 18 points on 7 of 11 shooting with a pair of threes while Isaiah Pineiro came right behind with 17 points and 10 rebounds for the double-double and Tyler Williams followed up with 16 points on an efficient 7 of 8 shooting with a pair of threes, 5 rebounds and a team-high 5 assists. Alex Floresca added 12 points and Isaiah Wright chipped in 10 points with 7 rebounds and 5 assists of his own to round out the scoring in double figures for San Diego in the win. Pineiro leads San Diego with an average of 19.8 points and 8 rebounds per game while Wright leads the Toreros in assists with 4.9 assists per game this season. As a team, San Diego is averaging 76.5 points per game on 47.8% shooting from the field, 36.2% from behind the 3-point line and 74.6% from the foul line this season.

The Washington State Cougars will be looking to build on back-to-back wins after an 89-73 triumph over SIU-Edwardsville in their last outing. Robert Franks and CJ Elleby tied for the team-high with 18 points with Franks putting up a team-high 12 rebounds and 5 assists for the double-double while Elleby added 8 rebound and 3 blocks. Ahmed Ali added 12 points with 5 assists of his own to round out the trio of double-digit scorers for Washington State in the win, while Marvin Cannon added 6 points and a pair of blocks. Franks leads the Cougars with an average of 23.8 points, 8.9 rebounds and 3 assists per game this season. As a team, Washington State is averaging 85.1 points per game on 47.1% shooting from the field, 35.2% from behind the arc and 71.7% from the foul line this season.

I’ve been high on the Toreros all season, as I think this is finally San Diego’s year to make some noise in the WCC. However, something seems a bit off leaving this many points on the table. Yes it’s a neutral floor so anything can happen especially with San Diego being much closer to the Orleans Arena than the Cougars, but Washington State has proven to be one of the more high-powered offensive units in the country this season. The Toreros haven’t been very good ATS as of late either, so I’ll take a shot with Washington State and the points here.