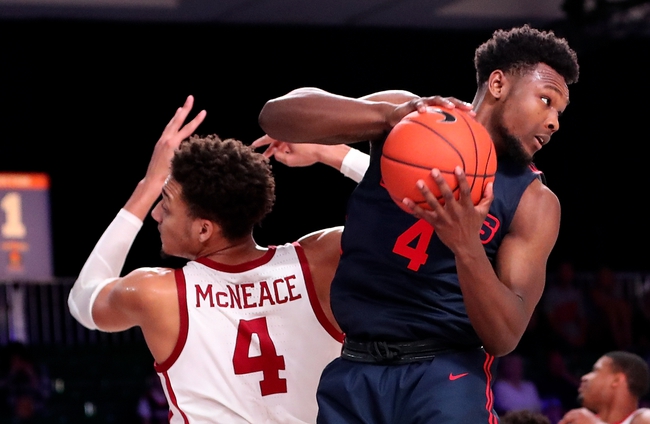 The Northern Colorado Bears dropped a 74-67 decision to Rider in the Las Vegas Classic on Saturday. Northern Colorado trailed by ten points heading to the locker room and a late rally didn’t have enough punch with Rider holding a 47.3%-44.1% shooting edge and a decisive 14-advantage at the stripe.

Jordan Davis kept the Bears within striking distance with a contest high 21 points and seven helpers on 9-17 accuracy. Northern Colorado received 15 points, three yanks and four pulls on 5-11 from the field including 4-9 from beyond the arc while Trent Harris and Jonah Radebaugh netted nine points apiece with Radebaugh hauling in ten rebounds.

The SIU-Edwardsville Cougars fell to the losers bracket of the Las Vegas Classic with an 85-79 loss to CSU Northridge on Saturday as a 3.5 point underdog. SIU-Edwardsville was outshot 54.4%-37.5% but totaled 19 offensive rebounds which led to 14 more shots to keep the game close.

David McFarland kept the Cougars competitive with 18 points and four pulls on 5-16 from the floor and 6-7 at the stripe followed by Daniel Kinchen with 15 points on 6-12 accuracy and 4-7 at the stripe. Tyrese Williford gave SIUE 15 points, six rebounds and six helpers on 5-13 shooting followed by Cameron Williams with ten points on 3-7.

Northern Colorado is the choice here although they didn't look like it Saturday...