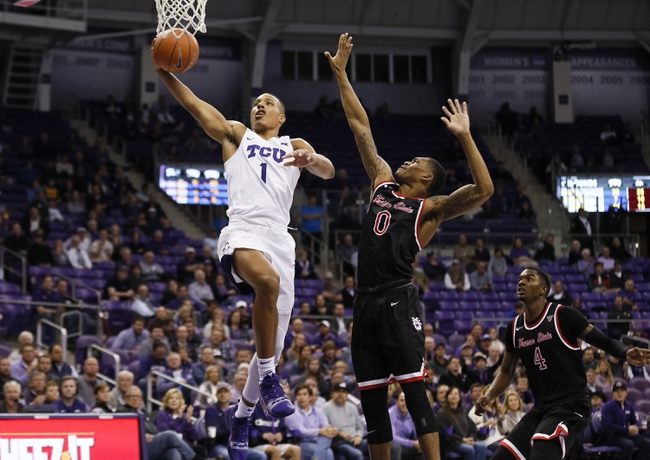 The Bucknell Bison & TCU Horned Frogs will face off in the semifinals of the Hawaiian Airlines Diamond Head Classic at the Stan Sheriff Center this Sunday night.

The Bucknell Bison snapped their 2-game losing streak and improved to 5-5 on the season after defeating the Rhode Island Rams, 84-82, last night. Bucknell fought back from a 42-35 halftime deficit to take a 71-63 lead with 6:49 left in regulation and held off a late Rhode Island charge to secure the victory. Bucknell shot 50.9% from the field and 45.0% from beyond the arc in the victory. Leading the way for the Bison was Nate Sestina who had a double-double with 16 points, 10 rebounds, and 2 assists.

Defensively, Bucknell was allowing their opponents to average 73.8 ppg on 44.0% shooting from the field. The Bison had a rebound margin of -5.9 and a turnover margin of 1.0.

The TCU Horned Frogs won their 6th straight game and improved to 9-1 on the season after defeating the Charlotte 49ers, 82-57, early Sunday morning. TCU dominated the 49ers on the defensive end and had no trouble securing the victory after they went into halftime with a 40-26 lead. TCU shot 47.7% from the field and forced Charlotte into committing 21 turnovers in the victory. Leading the way for the Horned Frogs was Jaylen Fisher who had 14 points, 4 rebounds, 3 assists, and 2 steals.

Defensively, TCU was holding their opponents to an average of 65.1 ppg on 38.2% shooting from the field. The Horned Frogs had a rebound margin of 4.9 and a turnover margin of 1.1.

Bucknell rebounded from a 29-point lost at Saint Mary’s to pick up a nice win against Rhode Island. Bucknell is not as talented as we saw last year, however, they have been competitive this season even thought hey rank just 233rd in scoring offense & T-230th in scoring defense. TCU is fully healthy and have looked outstanding so far in the month of December as they are 4-0 on the month while beating their opponents by an average of 22 ppg. TCU has been great on both ends of the court this season as they rank 76th in scoring offense & 53rd in scoring defense. Bucknell has shown they can hang around with the better teams in the country, however, I think TCU is top-15 team in the country and as I think their depth and defense will be to much for Bucknell, I’m taking the Horned Frogs to cover this double-digit spread.