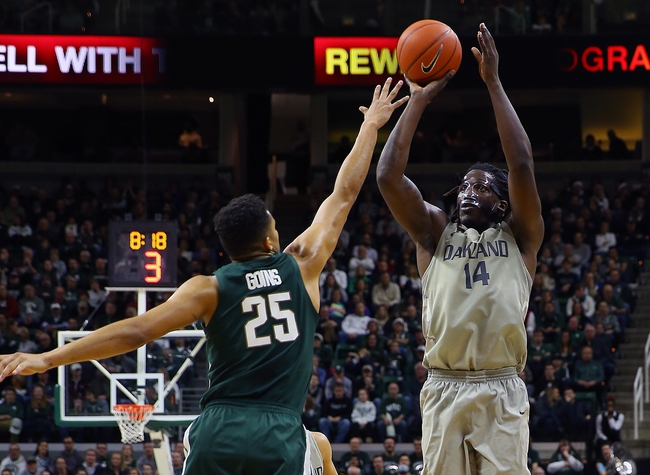 The Oakland Golden Grizzlies will travel to the Wolstein Center to take on the Cleveland State Vikings this Friday night in College Basketball action.

The Oakland Golden Grizzlies lost their 4th straight game and dropped to 4-9 on the season after being defeated by the 10th ranked Michigan State Spartans, 99-69, this past Friday night. Oakland had no answers on the defensive end for the Spartans and couldn’t fight back after Michigan State took a 61-42 lead with 14:23 left in regulation. Oakland allowed Michigan State to shoot 58.5% from the field and 43.3% from beyond the arc in the loss. Leading the way for the Golden Grizzlies was Braden Norris who had 18 points, 3 rebounds, 3 assists, and 3 steals.

Defensively, Oakland is allowing their opponents to average 80.6 ppg on 50.8% shooting from the field. The Golden Grizzlies have a rebound margin of -7.2 and a turnover margin of 0.4.

Defensively, Cleveland State is allowing their opponents to average 75.0 ppg on 42.7% shooting from the field. The Vikings have a rebound margin of -1.8 and a turnover margin of -1.2.

Oakland comes into this game playing their 6th straight road game and although the record isn’t great, the Golden Grizzlies have played a brutal schedule so far this season with road games against UNLV, Xavier, Northeastern, Georgia, and Michigan State. Oakland has a decent offense and has been deadly from beyond the arc, however, they’ll need to find answers on the defensive end as they currently rank just 327th in scoring defense and 347th in defensive FG%. Cleveland State has won 3 of their last 4 games however, their most impressive win this season was probably their recent game against Niagara. The Vikings have also struggled defensively this season as they rank just T-251st in scoring defense, 269th in rebound margin, and 317th in steals per game. Oakland has won their last two games at Cleveland State and as they should have so fresh legs after having the past week off, I’m taking the Golden Grizzlies and the points in this one.