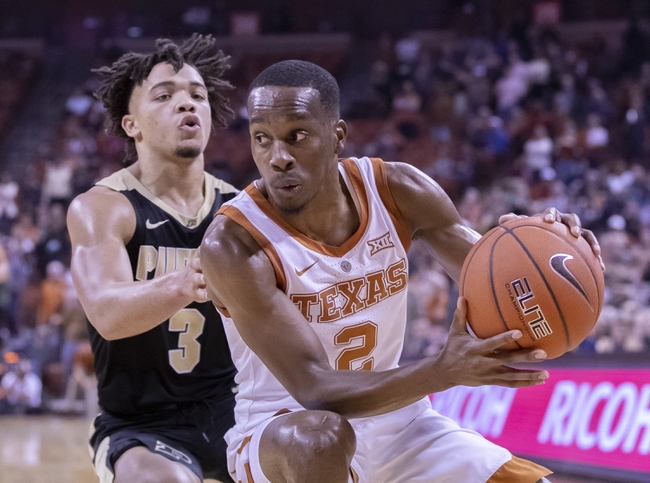 The UT-Arlington Mavericks and the Texas Longhorns meet in college basketball action from the Frank Erwin Special Events Center on Friday night.

The UT-Arlington Mavericks will look for a big road win after snapping a 7-game losing streak with a 75-70 overtime win over Cal Poly in their last outing. Tiandre Jackson-Young led the way with 18 points on 7 of 11 shooting with a pair of threes while Brian Warren added 11 points as the only other UT-Arlington player to score in double figures in the winning effort. DJ Bryant added 8 points and a whopping 6 steals while Andres Ibarguen chipped in 7 points and a team-high 10 rebounds with 3 blocks in the win as well. Warren leads the Mavericks with an average of 14.3 points and 3.1 assists per game while Radshad Davis leads UT-Arlington on the glass with 6.1 rebounds per game this season. As a team, UT-Arlington is averaging 65.2 points per game on 38.7% shooting from the field, 25.3% from behind the arc and 71.7% from the foul line this season.

The Texas Longhorns will look to bounce back from a 71-65 loss to Providence in their last outing. Matt Coleman III and Jaxson Hayes each had 13 points, with Hayes shooting a perfect 6 of 6 from the floor with a pair of blocks while Dylan Osetkowski added 12 points and 10 rebounds for the double-double Courtney Ramey chipped in 10 points to round out the scoring in double figures for the Longhorns in the losing effort. Elijah Mitrou-Long contributed 9 points with a team-high 4 assists and 4 steals as well in the loss for the Longhorns. Osetkowski leads the Longhorns with an average of 10.6 points and 8.5 rebounds per game while Ramey leads Texas in assists with 3.1 assists per game this season. As a team, Texas is averaging 73.9 points per game on 42.6% shooting from the field, 32.2% from behind the 3-point line and 66.5% from the foul line this season.

UT-Arlington hasn’t been nearly as good as they’ve been in recent years, but one thing the Mavericks do is rise to the occasion when taking on the Big 12. The Longhorns have been playing down to a lot of their weaker opposition this year, and this is a lot of points to lay with a Longhorns team that prides itself on its defense and doesn’t really blow teams out. Add in Arlington’s success ATS in this matchup and I’ll take a shot with the Mavericks and the points here.