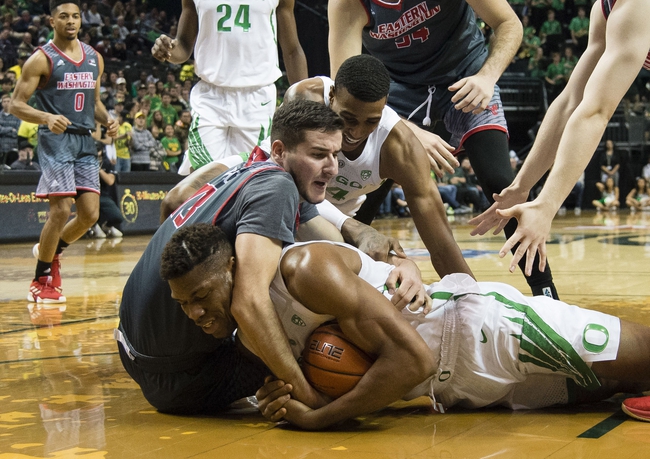 The Weber State Wildcats take the floor at the Eastern Washington Eagles in a Big Sky college basketball opener.

The Weber State Wildcats knocked off Delaware State 83-69 to snap a three game skid as a 24 point home favorite. Weber State jumped to a 12 point lead at the halfway point with a 44.8%-36.9% shooting edge and a 23-14 advantage at the stripe securing the win.

Jerrick Harding poured in a contest high 36 points for the Wildcats on 9-17 accuracy and 13-13 at the line while Brekkott Chapman added 16 points, 13 rebounds and four blocks on 4-7 from the floor and 5-6 at the stripe. Weber State received ten points and six boards from Cody John followed by an eight point, eight rebound effort by Zach Braxton.

The slumping Eastern Washington Eagles put an end to a  six game slide with a 92-73 rout of sub-division Corban University. Eastern Washington led by 18 points heading to the break and traded baskets the final 20 minutes. Both teams sank shots in  the 47%-48% range with the Eagles forcing 21 turnovers and  totaling 16 more shots.