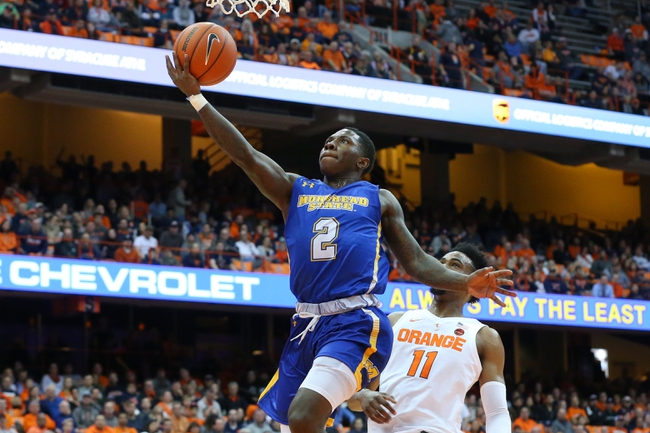 The Morehead State Eagles will travel to Mizzou Arena to take on the Missouri Tigers this Saturday afternoon in College Basketball action.

The Morehead State Eagles snapped their 3-game losing streak and improved to 4-8 on the season after defeating the IUPUI Jaguars, 74-70, on December 21st. Morehead State allowed IUPUI to fight back and take a late 2nd half lead after leading by as much as 15 points in the 1st half, however, the Eagles defense came up big late and Morehead State was able to secure the victory after closing out the final 2:03 of regulation on a 6-2 run. Morehead State shot 45.0% from the field and outrebounded IUPUI by a 45-40 margin in the victory. Leading the way for the Eagles was Lamontray Harris who had 20 points, 9 rebounds, 2 blocks, and a steal.

Defensively, Morehead State is allowing their opponents to average 79.4 ppg on 45.9% shooting from the field. The Eagles have a rebound margin of 0.9 and a turnover margin of 0.8.

The Missouri Tigers won their 5th straight game and improved to 8-3 on the season after defeating the Illinois Fighting Illini, 79-63, this past Saturday. Missouri was outstanding on the offensive end agianst the Fighting Illini and had no trouble securing the victory after a 9-0 Tigers run gave Missouri a 72-58 lead with 3:36 left in regulation. Missouri shot 51.7% from the field and 52.4% from beyond the arc in the victory. Leading the way for the Tigers was Jordan Geist who had 20 points, 6 rebounds, 7 assists, and a steal.

Defensively, Missouri is holding their opponents to an average of 63.4 ppg on 42.2% shooting from the field. The Tigers have a rebound margin of 3.8 and a turnover margin of -0.4.

Morehead State is coming off their most impressive victory of the season at home against IUPUI and although their offense can put some points on the board, they need to find some answers for a defense that is ranked 314th in scoring defense and 286th in defensive FG%.  Missouri continues to win games as they are coming off back to back double-digits victories at home agianst Xavier & Illinois and has been led by their defense that ranks 33rd in scoring defense. As much as I like how Missouri is playing at the moment, I think this line is a bit inflated with the recent success of the Tigers. Morehead State is still searching for the first road victory however, the Eagles have recently played competitive games on the road agianst solid teams in Marshall, Samford, & Wright State and although I don’t see the Eagles picking up their first road victory in this one, I think they can do enough with the points to cover.