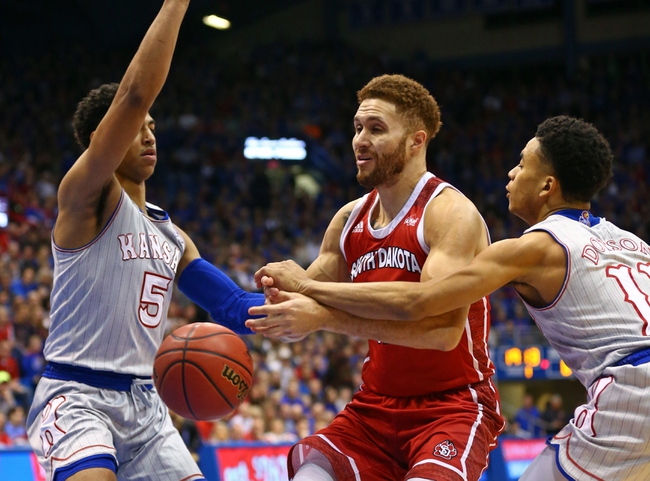 The South Dakota Coyotes have followed a two game winning streak with back to back defeats after a 66-60 loss to visiting Southern Miss as a 1.5 point favorite. South Dakota was ahead by five points at the half but stumbled at both ends of the floor in the second half with the Golden Eagles holding a 45%-35.3% shooting edge.

Triston Simpson was the Coyotes top weapon with 15 points, five pulls and three assists on 4-7 accuracy and 5-6 at the line. South Dakota received eleven points and a combined 15 rebounds from Cody Kelley and Stanley Umude while Dan Jech and Trey Burch-Manning chipped in with seven points each.

The North Dakota State Bison have won three of four after routing sub-division Northland 90-43. North Dakota State was never challenged with the team racing out to a 51-16 lead by the half and continuing to press the issue over the final 20 minutes. The Bison burned the nets at 51.6% and allowed 25.8% and held a 19-8 advantage at the stripe.