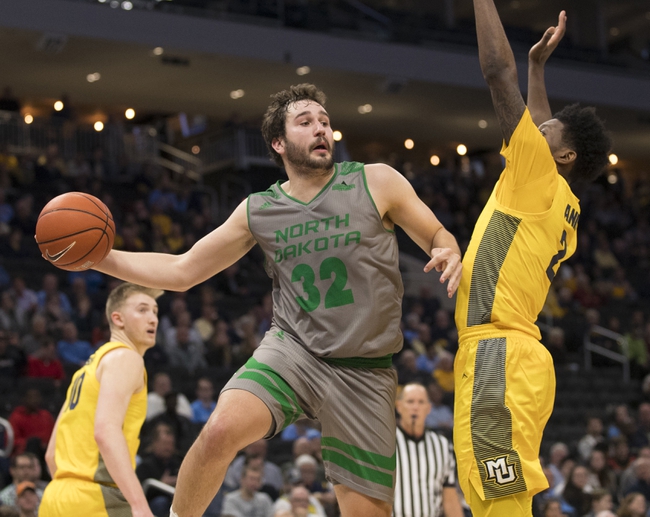 The Purdue Fort Wayne Mastodons have won consecutive games after routing Siena Heights 106-45. This was over at the opening tip with the Saints connecting at 29% with Purdue Fort Wayne sinking shots at 50.7% including a 20-46 performance from beyond the arc.

John Konchar led the Mastodons scoring explosion with 20 points, ten rebounds and seven helpers with Marcus DeBerry tossing in 17 points. Matt Weir and Kason Harrell each netted 16 points while Matt Holba and Jarred Godfrey tossed in 15 points and 14 points respectively. The North Dakota Fighting Hawks are looking at back to back defeats after a narrow 64-62 loss at Northern Iowa. North Dakota shot the ball sinking half their looks with the Panthers connecting at 38.2% but mustering an extra 13 shots which was decisive.

Connor Avants kept the Fighting Hawks within striking distance with a contest high 19 points and five rebounds on 6-8 marksmanship and 7-10 at the stripe. Cortez Seales gave North Dakota ten points and five pulls on 4-9 with Filip Rebraca and Marlon Stewart tossing in nine points apiece.