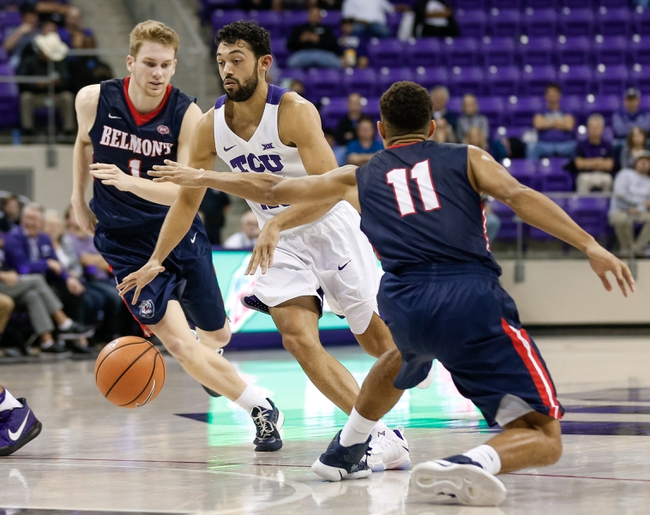 The Belmont Bruins and the Purdue Boilermakers meet in college basketball action from Mackey Arena on Saturday afternoon.

The Belmont Bruins come into this game looking to build on a 3-game winning streak after an 80-74 win over Western Kentucky in their last outing. Dylan Windler and Grayson Murphy tied for the team-high with 20 points with Windler shooting 9 of 16 with a team-high 11 rebounds while Murphy shot 7 of 17 with 5 threes, 4 assists and 3 steals. Kevin McClain added 12 points and a team-high 8 assists and 4 steals to round out the trio of double-digit scorers for Belmont in the winning effort. Windler leads the Bruins with an average of 19.2 points and 9.1 rebounds per game while Murphy leads Belmont in assists with 6.8 assists per game this season. As a team, Belmont is averaging the 7th-most points per game in D-I, putting up 89.5 points per game on 48.7% shooting from the field, 37.3% from behind the arc and 68.9% from the foul line this season.

The Purdue Boilermakers will look to build some steam after a 95-67 win over Ohio in their last outing. Carsen Edwards led the Boilermakers with 30 points on 10 of 16 shooting with 4 threes and a team-high 5 assists with 3 steals while Ryan Cline added 19 points on 7 of 11 shooting with 5 threes and 4 assists. Eric Hunter Jr. added 13 points on 5 of 6 shooting with a pair of threes and 4 assists to round out the trio of double-digit scorers for Purdue in the victory. Trevion Williams added 5 points with a pair of blocks and a team-high 8 rebounds as well in the winning effort. Edwards leads Purdue with an average of 26 points and 3.8 assists per game while Evan Boudreaux leads the Boilermakers on the glass with 4.9 rebounds per game this season. As a team, Purdue is averaging 78.8 points per game on 45.8% shooting from the field, 37.5% from behind the arc and 73.9% from the foul line this season.

I can understand why Purdue would be the favorite here being at home. However, giving up double digit lines against Belmont is not something I’m interested in with the Boilermakers. I’ve often said that it’s usually Edwards or bust for Purdue, and it’s rang true for most of the season, including in the win over Ohio where Edwards put up 30 points. Belmont is one of the most explosive offensive units in the country as a team, putting up almost 90 points per game, and if the shots aren’t falling for Purdue, there’s only so much that Edwards can do as one man. I like the value of the points here as I think Belmont has a chance to win this game outright as a double-digit dog.