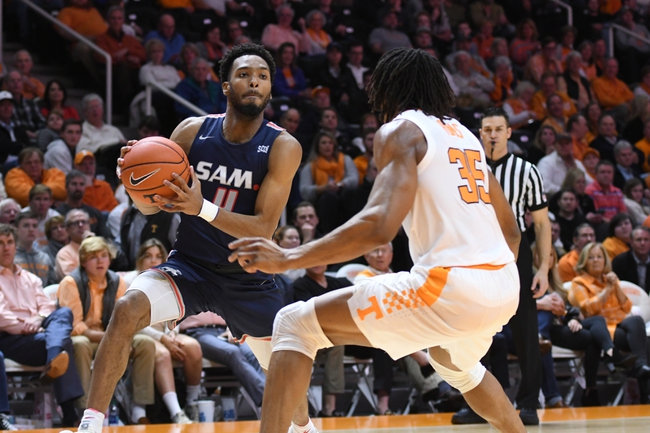 The struggling VMI Keydets snapped a five game slide with an 89-68 rout of visiting North Alabama as a three point favorite. VMI stormed to a 27 point advantage after 20 minutes and coasted the rest of the way behind a 42.9%-40.9% shooting edge with 14 long balls.

Bubba Parham led all scorers with 29 points and four pulls on 8-18 from the floor with six long balls and 7-9 at the line while Sarju Patel gave the Keydets 19 points and six boards on 5-10 accuracy with four bombs and 5-6 at the stripe. VMI received 18 points and six pulls from Myles Lewis on 9-14 from the field followed by a combined 17 points and 15 rebounds from Tyler Creammer and Jake Stephens.

The Samford Bulldogs opened conference play with an 83-75 loss to visiting UNC Greensboro. Samford was in complete control with a 12 point lead at the half before the Spartans dominated the final 20 minutes with 46.3% shooting and six extra shots.