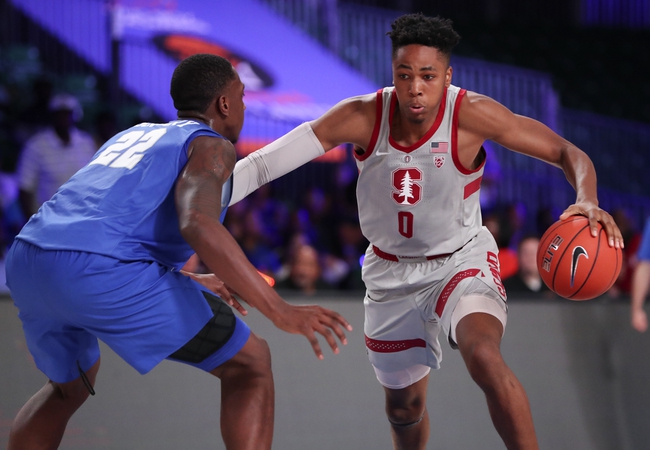 The Long Beach State 49ers will travel to Maples Pavilion to take on the Stanford Cardinal this Saturday night in College Basketball action.

The Long Beach State 49ers won their 2nd straight game and improved to 5-9 on the season after defeating the Colorado State Rams, 64-61, this past Saturday. Long Beach State allowed Colorado State fight back into the game after leading by a 51-42 margin midway through the 2nd half however, was able to hold on for the victory late with some solid FT-shooting by the 49ers Deishuan Booker. Long Beach State shot just 36.5% from the field however, forced the Rams into committing 22 turnovers in the victory. Leading the way for the 49ers was Temidayo Yussuf who had 12 points, 7 rebounds, and 3 assists.

Defensively, Long Beach State is allowing their opponents to average 76.9 ppg on 43.6% shooting from the field. The 49ers have a rebound margin of -2.5 and a turnover margin of -1.3.

The Stanford Cardinal had their 2-game winning streak snapped and dropped to 6-5 on the season after being defeated by the San Francisco Dons, 74-65, this past Saturday. Stanford struggled offensively against the tough Dons defense and couldn’t fight back after they went into halftime trailing by a 30-19 margin. Stanford shot just 34.4% from the field and 33.3% from beyond the arc in the loss. Leading the way for the Cardinal was Daejon Davis who had 19 points, 3 rebounds, 5 assists, and 2 steals.

Defensively, Stanford is allowing their opponents to average 70.6 ppg on 42.5% shooting from the field. The Cardinal have a rebound margin of -1.2 and a turnover margin of -2.7.

It’s been a tough season for Long Beach State as although the 49ers have been able to pick up back-to-back wins, Long Beach State has really struggled on both sides of the ball as they rank just 273rd in scoring offense & 284th in scoring defense. Stanford has won 4 of their last 6 games and certainly can’t be disappointed by those two losses as they almost upset Kansas on the road and fought hard in the 2nd half agianst a very good San Francisco team. Stanford ranks just 246th in scoring offense however, has been decent defensively as they rank 168th in scoring defense and 142nd in defensive FG%. Stanford looked lost earlier in the season, however, as it seems that they’ve found their footing in December, I think the Cardinal does enough at home to cover this double-digit spread. Take Stanford to cover.