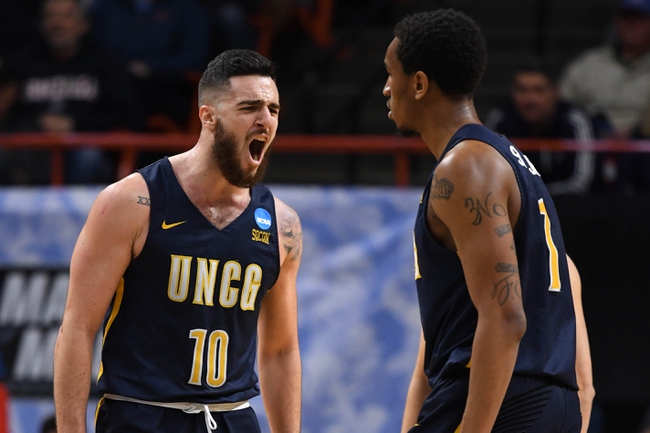 The Chattanooga Mocs will travel to Greensboro Coliseum to take on the UNC Greensboro Spartans this Saturday night in College Basketball action.

The Chattanooga Mocs snapped their 3-game losing streak and improved to 6-8 (1-0 Southern) on the season after defeating the NAIA Bryan Lions, 79-45, on December 21st. Chattanooga dominated Byran on both ends of the court throughout the game and had no trouble securing the victory after taking a 39-23 lead at halftime. Chattanooga shot 51.6% from the field and 47.8% from beyond the arc while holding the Lions to just 30.2% shooting from the field in the victory. Leading the way for the Mocs was Kevin Easley who had 17 points, 9 rebounds, and a steal.

Defensively, Chattanooga is allowing their opponents to average 71.1 ppg on 43.9% shooting from the field. The Mocs have a rebound margin of 0.4 and a turnover margin of -0.1.

The UNC Greensboro Spartans won their 5th straight game and improved to 12-2 (1-0 Southern) on the season after defeating the Samford Bulldogs, 83-75, this past Saturday. UNC Greensboro fought back from a 48-36 halftime deficit to tie the game at 59-all with 8:42 left in regulation and pulled away late for the victory after closing out the final 1:17 of regulation on an 8-0 run. UNC Greensboro shot 46.3% from the field and 35.7% from beyond the arc in the victory. Leading the way for the Spartans was Francis Alonso who had 30 points, 5 rebounds, 2 assists, and a block.

Defensively, UNC Greensboro is holding their opponents to an average of 64.6 ppg on 41.8% shooting from the field. The Spartans have a rebound margin of 0.1 and a turnover margin of 6.1.

Chattanooga’s record doesn’t look awful however, if you really take a look at those 6 wins, you’ll find that half of those wins come from non-DI schools, while the other 3 victories come agianst teams that are currently have just a 13-23 combined record. Chattanooga has struggled on both ends of the court this season as they rank just 209th in scoring offense & 178th in scoring defense. UNC Greensboro is arguably the favorite to win a very tough Southern Conference this season and has been great on both sides of the ball as they currently rank 69th in scoring offense, 33rd in FG%, and 44th in scoring defense. UNC Greensboro has been great ATS at home as of late, however, I don’t think the Spartans are going to have any trouble with the Mocs in this one and that Francis Alonso provides enough offense for the Spartans to cover this spread.