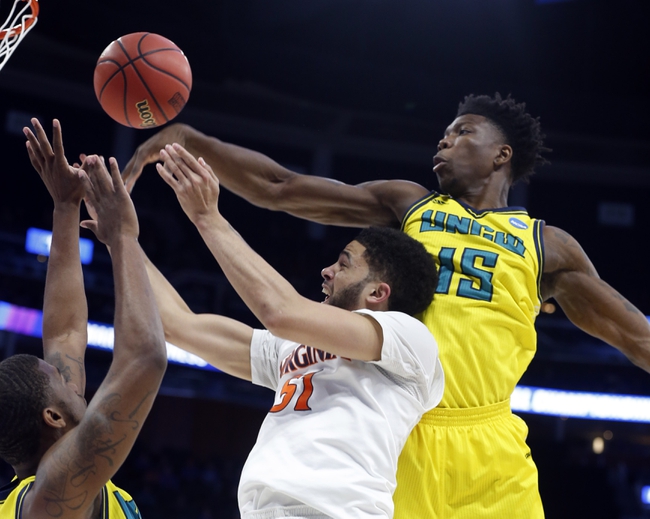 The College of Charleston Cougars will travel to Trask Coliseum to take on the UNC-Wilmington Seahawks this Saturday night in College Basketball action.

Defensively, College of Charleston is holding their opponents to an average of 67.4 ppg on 43.8% shooting from the field. The Cougars have a rebound margin of 0.8 and a turnover margin of 2.7.

The UNC Wilmington Seahawks lost their 5th straight game and dropped to 4-9 on the season after being defeated by the Mercer Bears, 77-73, on December 21st. UNC Wilmington struggled defensively against the Bears and couldn’t fight back after a Luke Hamilton three-pointer for the Bears gave Mercer a 74-71 lead with just :26 seconds left in regulation. UNC Wilmington allowed Mercer to shoot 52.9% from the field and 47.8% from beyond the arc in the loss. Leading the way for the Seahawks was Jeantal Cylla who had a double-double with 19 points, 10 rebounds, 1 block, and a steal.

Defensively, UNC Wilmington is allowing their opponents to average 81.9 ppg on 47.4% shooting from the field. The Seahawks have a rebound margin of 4.0 and a turnover margin of -4.9.

College of Charleston has one of the best duos in the CAA in Grant Riller and Jarrell Brantley and has been solid on both end of the court as they rank 84th in scoring defense & 73rd in FG%. UNCW is just 4-9 on the season however, I think the Seahawks are a bit better than the record might indicate as they played a tough schedule so far this season including a recent 4-game road trip that featured games against UNC, Furman, and Georgia State. UNC Wilmington has a solid offense that ranks T-113th in scoring offense, however, needs to improve on the defensive end as they rank just 337th in scoring defense & 322nd in defensive FG%. College of Charleston is the better team in this one however, UNCW was able to play Davidson tough at home earlier this season and as I think the duo of Cylla & Cacok will be able to keep this one interesting, I’m taking the Seahawks and the points in this one.