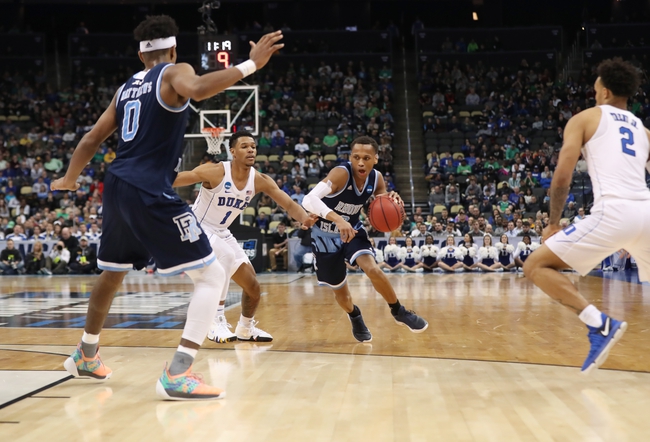 The Rhode Island Rams will be looking to find some consistency after splitting their last 10 games and alternating wins and losses in each of their last 4 following a 68-60 loss to Hawaii in their last outing. Jeff Dowtin led the Rams with 17 points on 7 of 14 shooting with 3 threes while Cyril Langevine added 11 points and 14 rebounds for the double-double and Fatts Russell chipped in 10 points with a team-high 7 assists to finish off the trio of double-digit scorers for the Rams in the losing effort. Jermaine Harris added 6 points with 4 rebounds and 3 steals as well in defeat. Dowtin leads the Rams with an average of 16.6 points and 4 assists per game while Langevine leads Rhode Island in rebounding by averaging a double-double per game with 15.4 points to go along with his team-high average of 10.5 rebounds per game this season. As a team, Rhode Island is averaging 71.5 points per game on 40.9% shooting from the field, 24.8% from behind the arc and 67.1% from the foul line this season.

The Blue Raiders went from being the perennial team to beat in C-USA and a fixture in the big tournament in March, to a team that’s getting beat down left and right and has issues scoring the basketball, breaking the 60-point mark just twice in their last 8 games. Rhode Island isn’t normally the kind of team to blow teams out and I’m not sure how comfortable I am laying this kind of heavy juice with the Rams, but it’s hard to back the Blue Raiders when Middle Tennessee hasn’t covered a lined game this season, going 0-10 ATS. Middle Tennessee has lost their 3 road games by a combined 69 points, an average of 23 per game, so I’ll lay the points with Rhode Island as more of a fade from Middle Tennessee than anything.