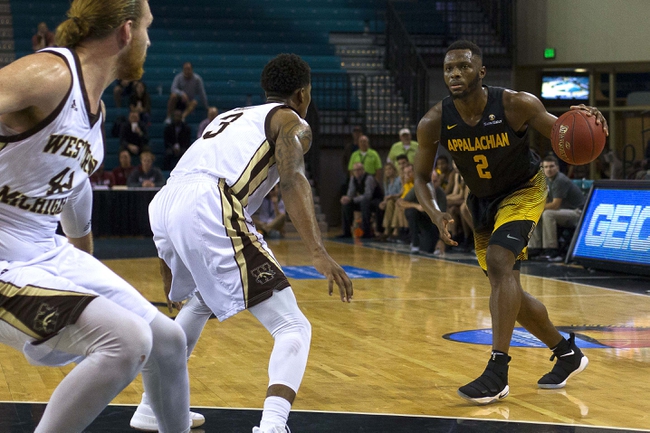 The Appalachian State Mountaineers and the Saint Louis Billikens meet in college basketball action from the Chaifetz Arena on Sunday afternoon.

The Appalachian State Mountaineers will look for their first true road win of the season after picking up a 99-60 win over subdivision Milligan in their last outing. Ronshad Shabazz led the Mountaineers with 29 points on 10 of 15 shooting with 7 threes while Isaac Johnson added 20 points on 8 of 12 shooting with 7 rebounds and a team-high 7 assists and 3 steals. Hunter Seacat added 15 points and 10 rebounds for the double-double while Tyrell Johnson and Adrian Delph each added 11 points with Delph adding 3 triples to round out the group of double-digit scorers for App State in the win. Shabazz leads Appalachian State in scoring with an average of 20.2 points per game while Johnson leads the Mountaineers with averages of 9.1 rebounds and 2.8 assists per game this season. As a team, Appalachian State is averaging 85.4 points per game on 47.8% shooting from the field, 37.4% from behind the arc and 69.4% from the foul line this season.

The Saint Louis Billikens will be looking for a bounce-back performance after an 81-59 beatdown at the hands of Florida State in their last outing. Javon Bess led the Billikens with 16 points on 6 of 18 shooting along with 7 rebounds and 3 steals while Carte-Are Gordon added 14 points and 7 rebounds as the only other Saint Louis player to finish in double figures scoring in the losing effort. Jordan Goodwin added 8 points with team-highs of 9 rebounds, 4 assists and 4 steals while Hasahn French added 7 rebounds of his own in the loss. Bess leads Saint Louis with an average of 15.1 points and 7.2 rebounds per game while Goodwin leads the Billikens with 3.1 assists per game this season. As a team, Saint Louis is averaging 66.7 points per game on 41.5% shooting from the field, 32.4% from behind the arc and 59.5% from the foul line this season.

I can understand why Saint Louis is the favorite here, being undefeated at home against a Mountaineers team looking for their first road win of the year. However, Appalachian State is the far superior team on the offensive end, and have covered in both of their games as a double-digit road underdog this season. Saint Louis has been very good on defense, but I just can’t get myself to lay this many points with the Billikens. Saint Louis hasn’t been good against the spread at home this season, covering just one of their 6 home games and have scored more than 70 points just once in the month of December. I’ll take a shot with Appalachian State and the points here.