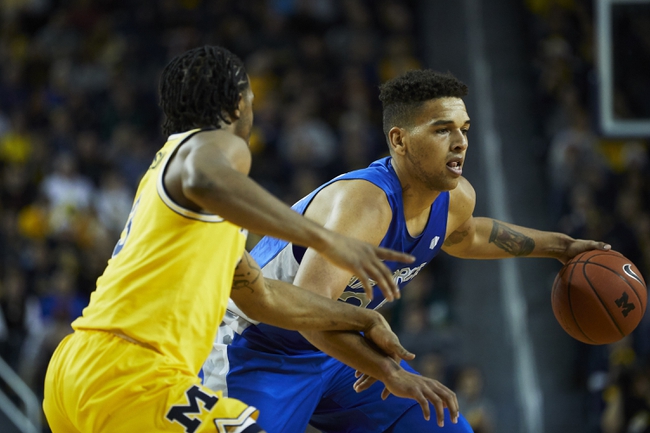 Tuesday college basketball action brings us to the MWC where the Air Falcons host the New Mexico Lobos.

The New Mexico Lobos tuned up for conference action with a 103-47 demolition of sub-division University of the Southwest.

The Lobos received 18 points from Anthony Mathis with Vance Jackson adding 16 points and seven boards followed by a 12 point, seven board effort from Carlton Bragg.

The Air Force Falcons are looking for consecutive victories after downing UC Riverside 72-60 on Friday as an eight point home favorite.

Air Force took an eleven point lead in to the break and traded baskets the rest of the way behind a decisive 55.6%-42.3% edge in marksmanship.

Ryan Swan was the Falcons top offensive threat with 16 points on 5-8 accuracy and 4-4 at the stripe with 13 points coming from Lavelle Scott on 4-11 from the floor and 4-7 at the stripe.