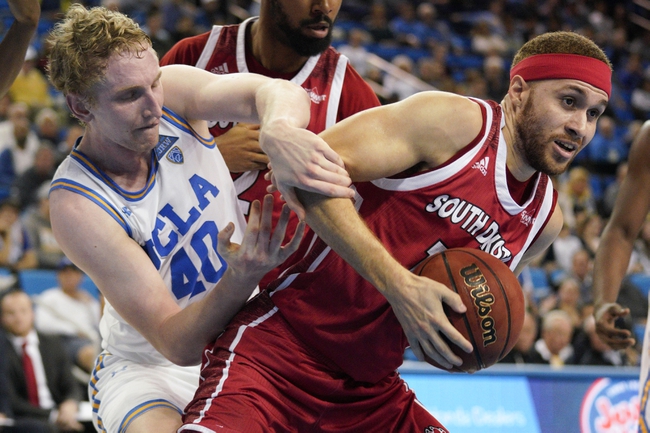 The South Dakota Coyotes will travel to Magness Arena to take on the Denver Pioneers this Wednesday night in College Basketball action.

The South Dakota Coyotes lost their 3rd straight game and dropped to 6-8 (0-1 Summit) on the season after being defeated by the North Dakota State Bison, 71-65, this past Saturday. South Dakota held a comfortable 37-28 lead at halftime, however, had no answers on either end of the court for the Bison in the 2nd half and couldn’t fight back after North Dakota State took a 67-62 lead with just :54 seconds left in regulation. South Dakota shot 50.0% from the field & 45.5% from beyond the arc in the loss. Leading the way for the Coyotes was Stanley Umude who had a double-double with 17 points, 11 rebounds, 2 blocks, and an assist.

Defensively, South Dakota is holding their opponents to an average of 65.4 ppg on 43.2% shooting from the field. The Coyotes have a rebound margin of -1.3 and a turnover margin of 1.4.

The Denver Pioneers lost their 3rd consecutive game and dropped to 5-11 (0-2 Summit) on the season after being defeated by the Western Illinois Leathernecks, 78-60, this past Sunday. South Dakota struggled offensively in the 2nd half and couldn’t fight back after Western Illinois took a 58-44 lead with 10:06 left in regulation. Denver allowed Western Illinois to shoot 50.0% from the field while the Pioneers shot just 40.4% from the field & 35.0% from beyond the arc in the loss. Leading the way for the Pioneers was Ade Murkey who had 15 points, 2 rebounds, & 2 steals.

Defensively, Denver is allowing their opponents to average 77.9 ppg on 47.4% shooting from the field. The Pioneers have a rebound margin of 1.2 and a turnover margin of -2.9.

South Dakota comes into this game with a disappointing 6-8 record, however, they have played some tough competition this season with road games agianst Baylor, Colorado, & Kansas. South Dakota has been strong defensively as they rank 54th in scoring defense, however, the offensive has struggled putting points up on the board as they rank just 326th in scoring offense & 250th in FG%. Denver comes into this game losing 4 of their last 5 games and currently ranks just 296th in both scoring offense & scoring defense on the season. South Dakota hasn’t played well on the road this season however, Denver has really looked awful as of late and as I think Denver will have trouble putting points up agianst the Coyotes defense, I’m taking South Dakota to cover this small road spread.